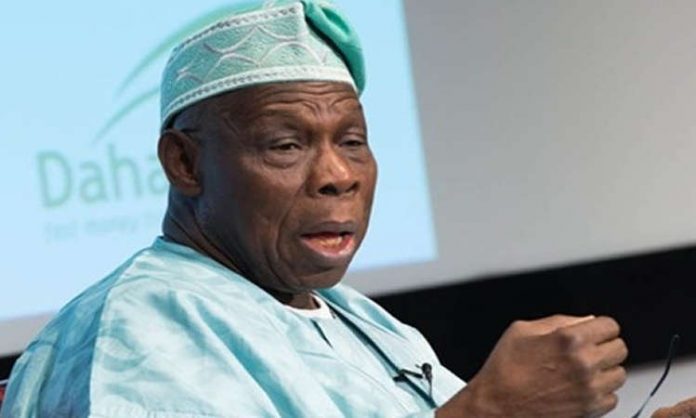 Former Governor of Ogun State Olusegun Osoba has revealed that former President Olusegun Obasanjo “rigged” him and four other governors of the South West out of power in 2003.

Speaking at a colloquium held in honour of Kunle Ajibade on Wednesday, Osoba said the former President used the police to rig him and the four governors out of power in 2003. Osoba governed Ogun State between 1999 and 2003 under the platform of the Alliance for Democracy (AD).

He said: “We were going to court to tackle issues of fiscal responsibilities on police. In my own case, I had Israel Ajao as my commissioner (of police). On the eve of 2003 elections, Obasanjo knew he was going to write figures and Ajao was cooperative with me; letting me know where Area boys can disrupt and other things… giving me security report.

“What Obasanjo did was that two days before the election, he transferred him to Abuja, by road! He was sent to Abuja. I had to go and fight until he was brought back a day after the election. That’s to show you how a president can misuse (the police).

“I can recall the day he decided to sacked Musiliu Smith. He (Mr Obasanjo) called a council of state meeting, he got there, told Smith to give us report and said he should excuse.“The next thing was, Bola Tinubu said, ‘I hope you are not scape-goating, I hope you are not going to look for a scape-goat!’ Bola had a hint that he was going to do something about Smith and he was hollering in the council of state meeting.

“At the end of the day, he got what he wanted and put his own man, Tafa Balogun, who helped to rig the election for him.“That is the story of the democracy that we are having and that’s why you must not relent. So we were rigged out and the cases that we were running could not continue because his own men came to the council of state.”

Instead of Addressing Banditry, Hardship, Governors Are Busy Strategizing on 2023 Presidency – Ohanaeze

Chidinma Is Not Telling The Whole Truth, My Brother Was Tied, Tortured And Knifed...

What I Will Do To Homosexuals If I Emerge As President...