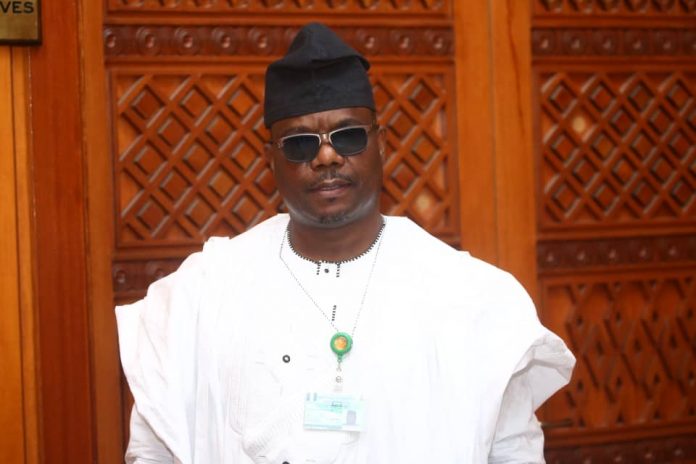 Hon. Gboluga Ikengboju, representating Okitipupa/Irele Federal Constituency at the National Assembly condemns strongly the harassments and use of live ammunition by security agencies on peaceful and armless Nigerian youths who are legitimately agitating for a better Nigeria.

In a statement Signed by his Special Adviser on Media and Publicity, Oyeniyi Iwakun, the distinguished lawmaker noted with dismay the reports of killings and sponsored attacks across the country, the latest being the Lekki and Abuja massacres by unguarded army officers on defenceless protesters who have so far been well coordinated and modest in their agitations in conformity with the laws of the land.

These acts by the security agents are not only inhumane, but barbaric, undemocratic, cruel, unprofessional, unpatriotic and height of wickedness.

Security agencies have the sole mandate to protect lives and properties of Nigerians including the protesters and not spilling their blood. Moreso, that their agitations are premised on “security brutalities”.

The question now is: “Are the protesters not justified with their allegations of police/army brutalities now?”. It can only be fair and just at this moment that government yields to the demand of the people by embarking on genuine reforms and public prosecution of erring security officers.

Gboluga Identifies with the youths at this trying time, commiserates with the families and friends of the fallen heroes, and assures that their demands are clear and voices loud enough to get the desired response at the appropriate quarters even as he advises protesters to be wary of hoodlums who may want to hijack the struggle to perpetrate their evil plans via unleashing mayhem on innocent citizens, stealings and destruction of property.

The renowned pharmacist promises to always stand by the people on whose mandate he is elected and would do everything possible to ensure that their interests are protected.

Davido Went For NYSC So He Can Rule Us All –...

I Can’t Be A Deputy Governor Under A Failed Governor –...

Tribunal Judgement: I will Appeal At Supreme Court – Atiku

Please Review Fraud Charges Against Me – Maina Urge Malami in...