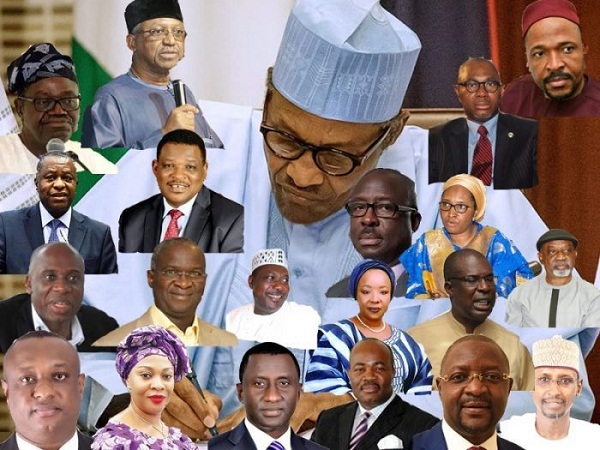 As the President Muhammadu Buhari administration begins its countdown from office, the final ministerial retreat organised by the office of the Secretary to Government of the Federation, Boss Mustapha, has set new targets for the government, further charging the ministries, heads of parastatals and agencies.

Closing his remarks at the 2022 edition of the Ministerial Performance Review Retreat held at the State House on Monday, October 17, 2022, President Muhammadu Buhari, told participants that the main objective of the gathering was to hold his government accountable to the people and to set trackable agendas. And this was exactly what the president and his ministers did on that occasion.

According to him, the goal was to consolidate government’s achievements over the last three years – counting down from the initial four years – review the performance of ministries in delivering the ministerial mandates signed in 2019, identify and propose solutions towards resolving key impediments to implementation; and to re-strategise on how to accelerate the delivery of results along the nine priority areas of his administration.

After deliberations, nine areas were listed as focus points in the days leading to May 2023 end of this administration’s lifespan. First among them is to work to further stabilise the macroeconomy. To achieve this, the Federal Ministry of Finance, Budget and National Planning, is expected to implement aggressive revenue mobilisation to reduce current levels of fiscal risks.

This is with the hope to broaden the sources of foreign exchange and stimulate a greater supply of foreign exchange through the attraction of foreign direct investment and consequently, fuel subsidy will eventually be phased out by next year while deploying every apparatus available to the government to fight oil theft. The government is also working to invest in emerging areas of the oil and gas sector to unlock new investment opportunities.

To bring about agriculture and food security, the Ministry of Agriculture and Rural Development, has been assigned to embark on an aggressive dry season farming immediately after the wet season to sustain increased food production. Considering the negative impacts of security threats posed by terrorists and bandits, the agriculture ministry is encouraged to sustain the use of Agric-rangers to enhance security in the farmlands and ensure continuity in food production.

The ministry has been further saddled with the responsibility of supervising a multisectoral/interagency collaboration to minimise the incidences of chemical residue in food crops, and also, to address the logistics costs of moving agricultural products from the farm gates to markets, to address food inflation.

Another important agenda of the outgoing administration to bring about energy sufficiency in power and petroleum products and achieve this, the Ministry of Petroleum Resources is to fast track the full implementation of the Petroleum Industry Act for sustainable national development and the development of an oil and gas policy for the country.

Importantly, the ministry is expected to speed up action in rehabilitating the existing refineries and put in place mechanisms to minimise the effects of total removal oil subsidy.

Still under the third agenda, the Siemens Grid and Distribution Enhancement Project aims to achieve 25,000 megawatts by 2025. Early work orders and financing structure for the deployment of transmission and distribution equipment have been completed, hence, work is ongoing to realise 11,000 megawatts of installed transmission capacity by 2023.

To this end, efforts are to be geared towards greater collaboration amongst stakeholders, including operators and joint security forces to tackle oil theft and related issues, and help the country meet her OPEC daily oil production quota. Therefore, the Buhari administration, has promised to introduce robust mechanisms to track daily PMS consumption with appropriate technologies.

The government also plans to improve transportation and other Infrastructure, and this is to be actualised by commissioning major infrastructure before May 2023. This includes, but not limited to the Lagos-Ibadan expressway, the Second Niger bridge, and the Kaduna-Kano expressway. The commissioning of housing project in Zuba, Abuja is expected in 2023.

The Ministry of Transport is to collaborate with other key government agencies to deliver the national single trading window and aggregate trade. Appropriate technology is to be deployed to modernise and automate processes of port operations so that delays are greatly reduced in port operations.

All eyes are on the Ministry of Aviation, which is to work hard to complete the various ongoing projects listed under the ministry’s road map. And the Federal Capital Territory administration, is to deliver major projects to connect suburban areas and make movement easier in Abuja.

The government plans to drive industrialisation, focusing on SMEs by provision of soft loans from the Bank of Industry dedicated to providing access to MSMEs’ finance, enlighten the people about counterpart fund from the Federal Ministry of Mines and Steels Development, managed by the Bank of Industry from lending to the mining sector, provide platforms to equip MSMEs to leverage skills and knowledge to become technologically driven firms that can compete globally and complete the development of the Special Economic Zones with the necessary infrastructure to function as economic creation centres.

READ ALSO:  EXPERT OPINION: A Despot And The Nigerian Tragedy - By Onus Obinyan

To improve health, education and productivity, the government plans to partner stakeholders to develop vocational training, which provides requisite skills for the youth to become employable and productive, initiate a proactive approach to addressing industrial disputes within the public service, ensure that education budget receives a substantial increase in the supplementary budget to meet prescribed international standards, create better access to health facilities for Nigerians and reduce out-of-pocket payments for healthcare services and increase the focus on developing specialist hospitals driven by digital technology to improve healthcare delivery.

To enhance social inclusion and reduce poverty, the Buhari-led government is promising to ensure that the 35 per cent affirmative action for women in public office is implemented, facilitate the release of funds to remaining states for Niger Development project that empowers women, continue using data to inform and develop the skills and knowledge of Nigerian youth for the digital economy, release funds to set up the AFDB supported National Youth Investment Fund, develop mechanisms and appropriate structures to address the root causes of poverty in rural areas, and expand the scope of social assistance to vulnerable citizens.

The anti-corruption mantra of the Buhari administration revibrated and to fight corruption and improve governance, the government is assuring the people that the change management strategy being implemented by the Head of Civil Service to ensure full acceptance of key reforms across the civil service will be sustained, that federal budgets should be realistic and implemented to deliver value to the people.

That MDAs should not assign appropriations of projects that are at variance with their mandate, adopt proactive communication with citizens to breach the gap between the wins in the fight against corruption and negative public perception. And to ensure a smooth transition, the FGN should produce a compendium of all policies, programmes and projects with implementation status for the purpose of lessons learning and continuity.

Under priority nine, which is to improve security for all, the office of the National Security Adviser is (NSA) to work with the National Assembly to revise and review the National Security Agency Act for effective coordination of the national security apparatus. The Ministry of Interior committed to ensuring the security of the over 200 border points of the country, covering the land, sea and air border points, are to work to ensure this. To boot this is to consider deployment of a National Police Communication Surveillance System as a strategy for optimising effectiveness of the Police Force.

For effectiveness in achieving this set-agenda, government is enjoined to work towards executive/legislative collaborative relationship and enhancing opportunities for legacy legislations. The executive and legislature are enjoined to deemphasise separation of powers and focus on collaboration and cooperation in the nation’s interest.

Meanwhile, the Senate President, Dr. Ahmad Lawan, had recommended the resuscitation of the joint committee of the office of the Attorney General of the Federation and the National Assembly for consideration of bills.

Though his government is winding down, the Nigerian leader emphasised that his ministers must re-double their efforts so that they actualise his administration’s key projects, stating that, “An exercise like this, will ensure that we maintain the right trajectory before the end of May 2023, in order to achieve the promises we made to the Nigerian people, at the inception of this administration.”

Charging his ministers to do more, Buhari added: “At this critical point in the life of our administration, it is imperative for ministers, permanent secretaries and all heads of agencies to reinvigorate their efforts in ramping up delivery of flagship programmes and projects contained in their ministerial mandates.”

He specifically acknowledged and commended the efforts of the SGF and his team for sustaining the annual performance review retreats, which has enabled the government to maintain focus on its agenda and more importantly, provided solid evidence that supports achievements recorded.

“I am also proud to see that our administration is staying true to our commitment to the Open Government Partnership Initiative, which I signed up in 2017. In this regard, the Presidential Delivery Tracker was launched on 30th August 2022, which is a clear testament to this administration’s commitment to participatory governance,” he said.

The retreat simply did not only come across as a celebration of success but more as a clarion call to the minsters to consciously push themselves to achieve more, especially, now that the tenure of the administration is coming to an end.