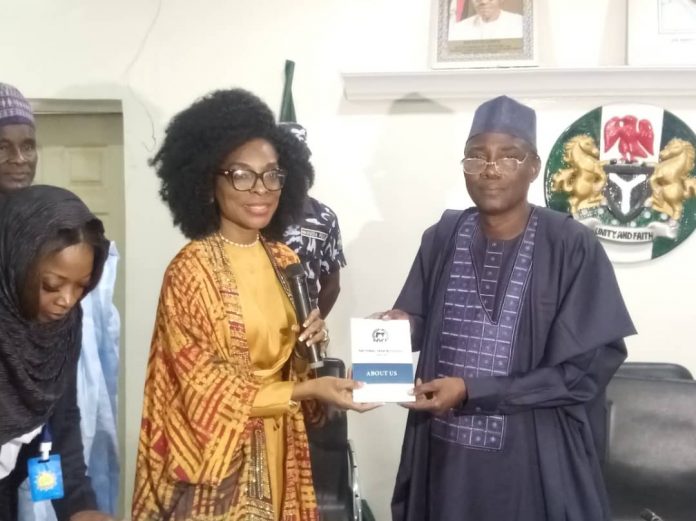 The National Senior Citizens Centre has commended Kebbi State Government for being a trail blazer in the payment of gratuity to all categories of retirees from civil service.

The Director-General of the Centre, Dr. Emem Omokaro made the commendation when she paid a courtesy call on the State Governor, Senator Abubakar Atiku Bagudu.

“If all the state emulate Kebbi, the negative narratives in some states as it affects retirees would have changed for the better.

“We are happy that Kebbi state government is not owing any pensioners,” she said.

“I am urging Kebbi state government and others to domesticate the National Senior Citizens Act,” she said.

The DG commended President Muhammadu Buhari for putting the senior citizens in the front burner by assenting the act and forming the board of the centre..

Responding, Governor Bagudu promised that Kebbi would be the first state to domesticate the act in line with his pensioners-friendly administration.

Represented by the SSG, Babale Umar Yauri, mni, Bagudu thanked the Director General for making the state the first one to visit.

The Chairman of the APC Governors’ Forum also said his administration always sympathised with the senior citizens.

” We are not handling any issues affecting them with kid gloves and we are seriously tapping from their abundant wealth of experience,” he said.

Bagudu said that it was absurd to abandon the senior citizens after making invaluable sacrifices to national development.

The governor said that the state government was up to date in the payment of gratuity, saying, ” what remains is only 2022 which we will pay before the end of the year.

” We are not owing and payment of pension is being done monthly, and the payment of salary is at when due,” Bagudu said.

Your Disunity Policies Is The Reason Why Nigerians Are Killing Themselves...

I Killed My Wife Out Of Anger – Husband

How 15 People Lost Their Lives In Ogun Sunday Accidents