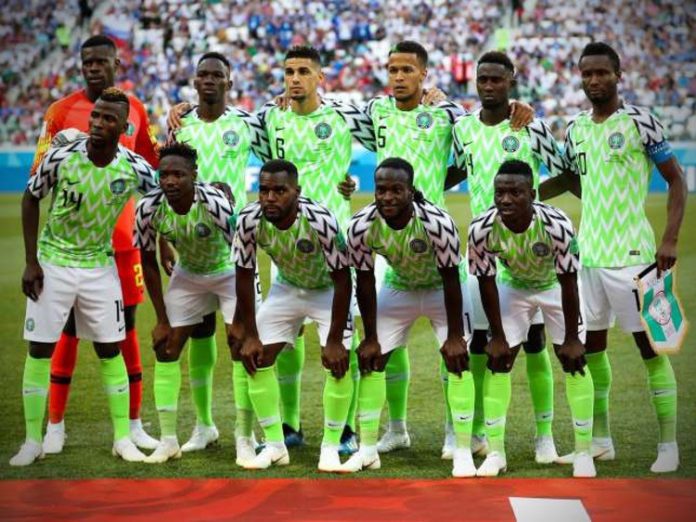 A former CAF/FIFA Coaching Instructor and ex-Super Eagles Technical Adviser, Adegboye Onigbinde, has warned the team to be wary of Argentina in their final Group D match on Tuesday.

The match slated for St. Petersburg will determine the Eagles’ progress at the 2018 FIFA World Cup in Russia.

Onigbinde told NAN on Sunday at St Petersburg that the team should not underrate the Argentines in the make-or-mar encounter.

The Super Eagles had lost 0-2 to Croatia in their opening game at Kaliningrad on June 16, but came back into reckoning after a 2-0 thrashing of Iceland on Friday at Volgograd Stadium.

‘‘Nigeria played well to beat Iceland 2-0 to return into contention for the next round, but they should expect a tough challenge from the wounded Argentines.

‘‘They are in a bad shape now as far as the ongoing World Cup is concerned, but they have a way of coming back when the chips are down.

‘‘This is why the Super Eagles players and their coaching crew led by Gernot Rohr must cut short their celebration and prepare for a herculean task against Argentina on Tuesday,’’ the coach said.

Onigbinde, who commended the team for the dramatic comeback against Iceland via Ahmed Musa’ s two goals, however advised that the players must be on their toes throughout the game’s 90-minute duration.

“The team must be active in all the departments of the game. Right from the defence,and through the midfield to the attack. There must be no slip or laxity of any kind,’’ he said.

The former Trinidad and Tobago Technical Director warned that while the Eagles would be aspiring to score, they must not allow the opponents penetrate the defence.

READ ALSO:  What Federal Government Must Do For 1994 Eagles - Sunday Oliseh

‘‘On top of it all, the Eagles must up their game with a mass attack, mass defence approach in order to ward off the Argentines’ onslaught,’’ he said.

Apart from Croatia who won their last two matches to garner the maximum six points, Nigeria with three points are still vulnerable to threat from Argentina and Iceland with a point each.

The former General Manager of 3SC of Ibadan pointed out that if the team continued with the way they played the last match they would win the crucial encounter.

Ajimotokin Hails Akeredolu Over Distribution of 18 Units Pick Up Vehicles...