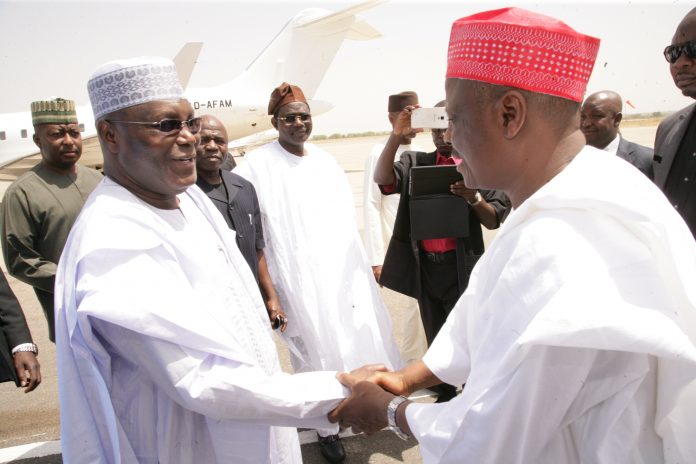 Kwankwaso, who has an ongoing battle with his successor Governor Abdullahi Umar Ganduje, arrived at Atiku’s residence at 8.30pm and went into a closed-door meeting with the former Vice President.

The details of their meeting was not made public. The meeting was however said to have lasted for about 45 minutes.

Vanguard gathered from a source close to the meeting that both leaders used the occasion of the visit to discuss the state of the nation.

It was not clear why he boycotted his party’s national convention at the Eagles Square.

But the former governor has been having running battles with the party in his state and at the national level.

Atiku has declared his intention to seek the ticket of the PDP to contest the 2019 presidential election.

Though he has yet to defect, there are speculations that the former governor of Kano State is also planning to leave the APC soon.

Why I Rap In Yoruba Language – Mz Kiss

More Details On How Popular Comedian Actor, Was Caught Molesting A 14 Year Old...