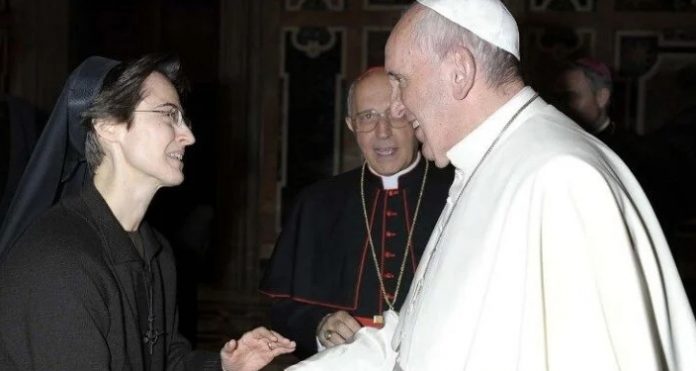 Pope Francis has named three women as members of the Catholic dicastery for bishops. The female members are Raffaella Petrini, a nun and secretary-general of the governorate of the Vatican City State; Yvonne Reungoat, a nun and former superior-general of the Daughters of Mary Help of Christians; and Maria Lia Zervino, president of the World Union of Catholic Women Organisations.

The members of the dicastery assist in the selection of bishops for dioceses, and they also conduct analyses on position papers regarding opinions on candidates. This is the first time women would be appointed into the dicastery.

In an interview with Reuters earlier in July, the Pope said he wanted to give women more senior and influential positions in the Holy See. “This way, things are opening up a bit,” the Pope had said. The three women were among 14 other people appointed to the dicastery for bishops and the appointment lasts for five years.

The other 11 appointed on Wednesday are cardinals, bishops and priests. Meanwhile, the development comes months after Petrini was appointed as the first female secretary-general of the governorate of Vatican city state. The secretary-general is the “second-ranking position in the government of the Vatican City State”.

READ ALSO:  Funke's Murder: We Have Not Make Any Significant Arrest - Police

If We Must Hand Over Igboho, We Will Follow The Rule...

Eid-el-Kabir: Buhari Congratulates Muslims, Reveals Why There Is A High Increase...

Anambra School, Where Pupils Are At Exposed To Kidnappers, Robbers,...

2019 ELECTION: Tofowomo Appoints Okunomo And Two Others As He Sets...

Nigerians Don’t Get Themselves Anytime I Release Prophesies – Fr Mbaka