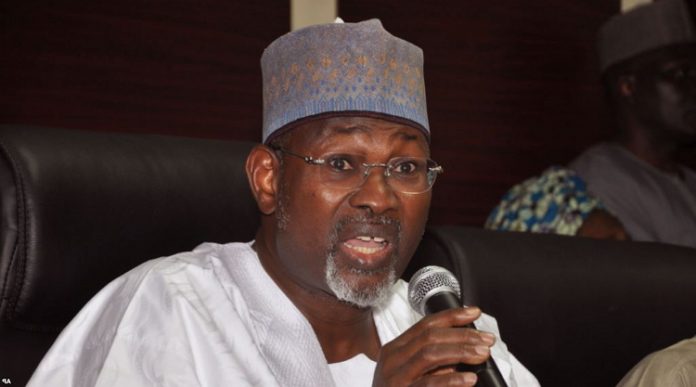 Former Chairman of the Independent National Electoral Commission (INEC) Prof. Attahiru Jega has accused the members of the National Assembly of collecting bribe. Jega, who chaired the commission during Nigeria’s general election in 2015, alleged that lawmakers heading committees were more notorious for bribe taking.

He made the allegation on Monday in Abuja while delivering a lecture titled, “Peace building and good governance for sustainable development in Nigeria.” Those in attendance included President Muhammadu Buhari; Senate President Bukola Saraki; Speaker of the House of Representatives, Yakubu Dogara; and the Chief Justice of Nigeria, Walter Onnoghen.

Jega accused federal lawmakers of taking bribes at will under the pretence of committee work and oversight functions. “Members of the National Assembly engage in bribe taking when they pursue committee works and oversight and I wonder what is happening with intelligence and investigative responsibilities of security agencies in policing our National Assembly,” he said.

“Some chairmen of the committees in the National Assembly have become notorious on this issue of demanding bribes with impunity. “I have passed through the university system. I have heard so many stories of many vice-chancellors about the horror that they go through on question of budget and so-called oversight assignments.

“I am not saying that the chief executives are saints but all we are saying is that we must point the searchlights so that Nigerians and particularly public office holders should have basic common decency and integrity by which they discharge their responsibilities because virtually everybody seems to forget about what is going on.”

2019: Nigerians Must Choose Between Light And Darkness

BREAKING: I Have Fulfilled My Promise To Eradicate Polio From Nigeria...

Married Politician Reacts To Video Allegedly Showing Him With 5 Naked...

Why Offa Robbers Gained Easy Entrance Into Our Station – Police