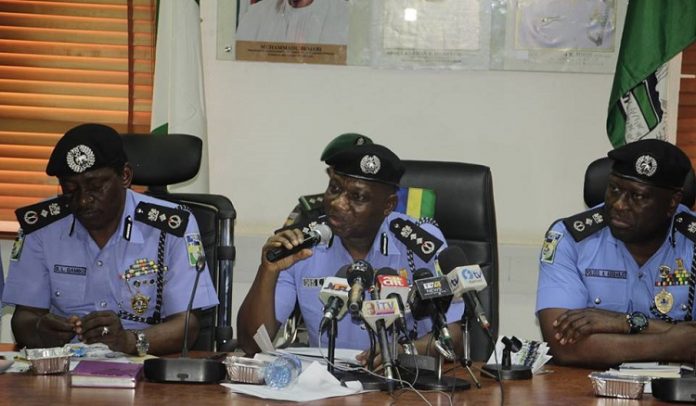 The Ekiti State Police Command has arrested the politician who brought the policeman that fired the shot at a rally organized by the All Progressives Congress (APC) on Friday. A former lawmaker, Opeyemi Bamidele was shot in the stomach and an unamed person who was also hit are currently receiving medical treatments in the hospital.

In a statement issued by its Public Relations Officer, DSP Caleb Ikechukwu in Ado Ekiti on Saturday, the police command noted that the policeman accidentally shot Opeyemi Bamidele and five others at the rally.

The police spokesman refused to mention the name of the politician in their custody. Ikechukwu, however, stated that only two persons were shot contrary to the APC’s position that six victims were involved.

The PPRO said:“The policeman is attached to 20 PMF, Ikeja, Lagos State where he was posted on bank guard duties somewhere in Ikeja. The policeman came on illegal duty to Ekiti State.

“A politician, who conspired and removed the said policeman from where he was posted by his squadron Commander and came to Ado-Ekiti with him for an unofficial reasons have also been arrested.”

Chidinma Is Not Telling The Whole Truth, My Brother Was Tied,...

We Will Update Political Parties On Our Final Position Today –...