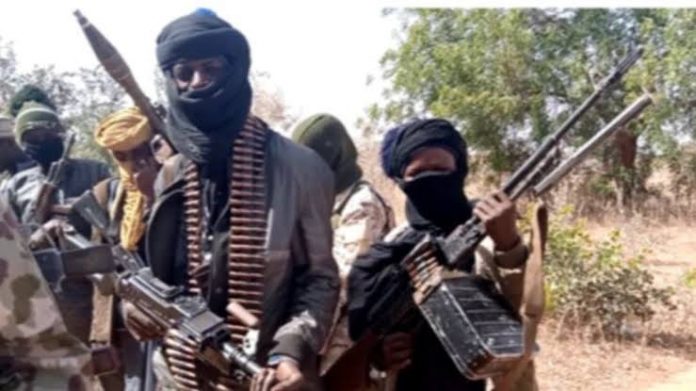 Bandits are reported to have attacked Damari town of Kazaga Ward, in the Birnin-Gwari Local Government Area of Kaduna State and killed three while no fewer than 13 villagers were abducted.

This was contained in a statement by the chairman, Birnin-Gwari Emirate Progressive Union, Ishaq Kasai, released to newsmen in Kaduna, late Wednesday.

It was learnt that the hoodlums in large numbers and on motorcycles raided the village between Monday and Tuesday unchallenged.

The statement noted that the bandits attacked the community after the Ansaru terror group withdrew from the area.

It was reported that about three weeks ago, a clash between some bandits and a splinter Boko Haram sect – the Ansaru terror sect – had left two locals dead while the casualty figures on the sides of the hoodlums could not be ascertained.

“The attacks came after Ansaru members, who were considered to be defending the locals, deserted the area for about four days now,” the chairman said.

He added that following the continued attacked on the community, residents including women and children, had fled the community for their safety.

“The bandits operated in the town stylishly unchallenged for about an hour.

“The bandits also returned the following day on 26th July, 2022 around 6:00pm, forcefully looted many shops of traders in the town and on their way back to the forests kidnapped 13 persons at Hayin-Gada of the same Damari community.

“The attacks came after Ansaru members who were considered to be defending the locals deserted the area for about four days now.

“It could be recalled that Ansaru members clashed with the bandits when they earlier invaded the town on 13th July, 2022 where damages were made to the town including burning of private hospital, two vehicles and one shop.

“However, following the recent series of attacks, residents, including women and children, continued to flee the community for safety.

“We, therefore, call on government to address the continued loss of lives and property in the area.”

As of the time of filing this report, neither the state government nor the state police command confirmed the attack.

Ex-Governor Exposed For Selling N150m Armoured SUV To Himself For N7.8m

I Raped Six Other Ladies, Before Raping And Killing Umoren –...