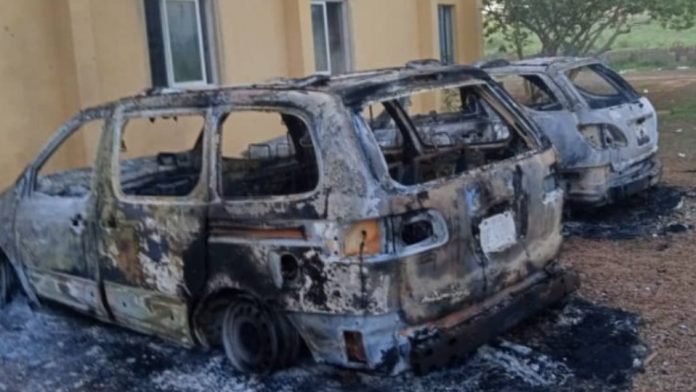 A Divisional Police Station in Adani, in Uzo-Uwani Local Government Area of Enugu State has been attacked on Wednesday by gunmen.

This is coming barely 24 hours after a Police Zonal Headquarters, Zone 13 in Ukpo, Anambra State was attacked.

It was gathered that three policemen on duty were killed, while several others were injured during the attack.

It was learnt that security infrastructure in the station were razed.

Although the state police command confirmed the attack, it said the details would be made available later.

Zebra News gathered that the attack on the police station started about 2:30 am and lasted till about 3:30 am.

When contacted, the State Police Public Relations Officer, Daniel Ndukwe, said, “Yes, there is a report of an attack on Adani Divisional Police station this early morning. However, the details of the incident are still sketchy.”

READ ALSO:  There Will Be Scarcity Of Fuel And Hike In Pump Price - Prophet Fabiyi

Laliga Considers Displaying Fan Tweets During Games To Make Up For...

VIDEO: The Suffering You Are Inflicting On Us Is Too Much...