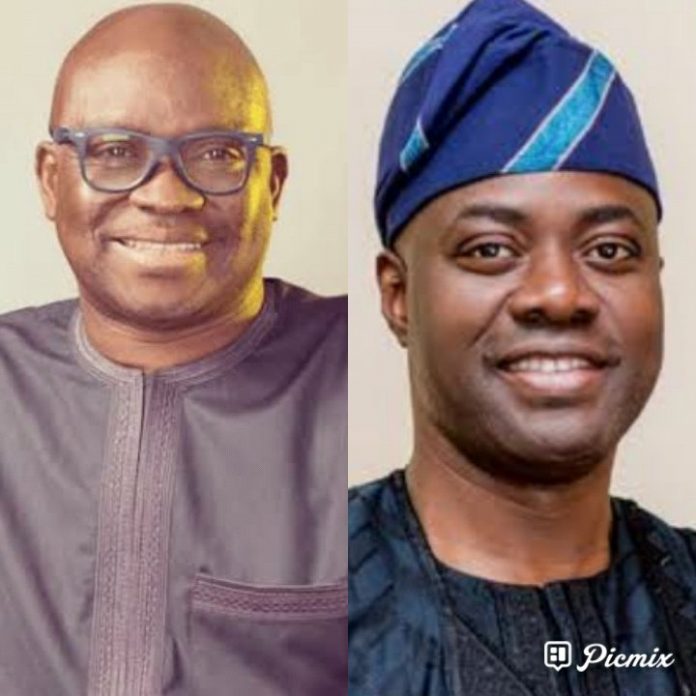 The crisis rocking the Peoples Democratic Party in the South-West seems not to have been resolved despite the visit of the former Osun State governor, Prince Olagunsoye Oyinlola to former governor Ayo Fayose.

Fayose is at loggerheads with the Oyo State Governor, Mr Seyi Makinde, and the party in the region is polarised between the two leaders. Oyinlola, who was appointed by the PDP Caretaker Committee loyal to Makinde, visited Fayose in his Ibadan residence on Wednesday and many believed that the crisis appeared to have been resolved.

However, a source at the meeting told Punch in Ibadan on Thursday that Fayose and his allies at the meeting rejected the Oyinlola-led reconciliatory committee because the committee was allegedly unilaterally picked by Makinde. The source said, “Those at the meeting blamed Makinde for the crisis in South-West PDP. They accused him of sponsoring insurrection against duly constituted organs of the party in Ekiti, Osun and Ogun states.

“On the South-West zonal congress, they said since it was Makinde that brought the idea that the Eddy Olafeso-led zonal executives should return, the governor should be told to be a man of his words by supporting Eddy Olafeso.”The Chairman of Oyo State Pacesetters Transport Company, Dare Adeleke, had recently said there was no agreement between Makinde and the PDP leaders that Olafeso should be allowed to return as the zonal chairman if he failed in the Ondo State governorship poll.

‌But when Punch contacted Mr Taiwo Adisa, the Chief Press Secretary to Makinde on the telephone on Thursday, he said he had nothing to say, adding that those talking should say anything they liked.

Aisha Buhari Reveals Those APC Should Consider For Political Appointment

Singer, Oritse Femi Reveals What Married Celebrities Must Not Allow Into...