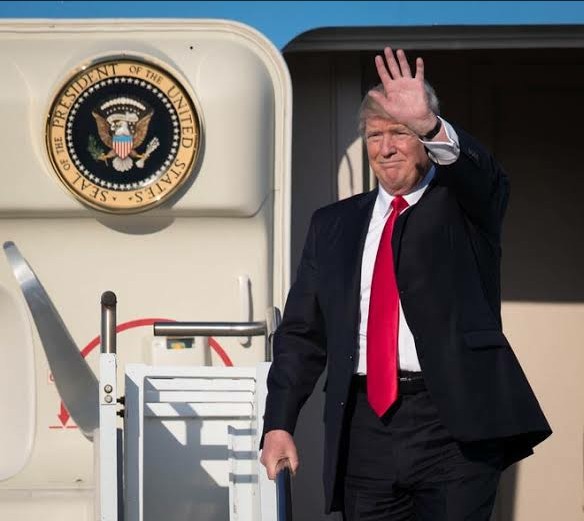 Vice President Mike Pence will attend in Trump’s place. Trump had previously announced he would not attend his successor’s inauguration at the United States Capitol, breaking decades of tradition.

This is as Pence called Vice President-elect Kamala Harris to congratulate her Thursday, more than two months after she and President-elect Biden won the November election and just five days before the new Democratic administration takes office.

Trump will be sent off with a departure ceremony at Joint Base Andrews.

Officials are considering an elaborate event that would have the feel of a state visit, with a red carpet, colour guard, military band and 21-gun salute all being discussed. Trump would then fly on to Palm Beach, Florida, to begin his post-presidency at his Mar-a-Lago Club, the source told Reuters.

Trump will be the first president to skip his successor’s inauguration since President Andrew Johnson refused to attend Ulysses Grant’s swearing-in in 1869.

Trump also broke another tradition by not officially conceding the election to Biden, becoming the first not to offer a concession since the presidential tradition began in 1896. The president has not reached out to Biden or invited him to the White House for a meeting prior to his swearing-in as many others have in recent history. 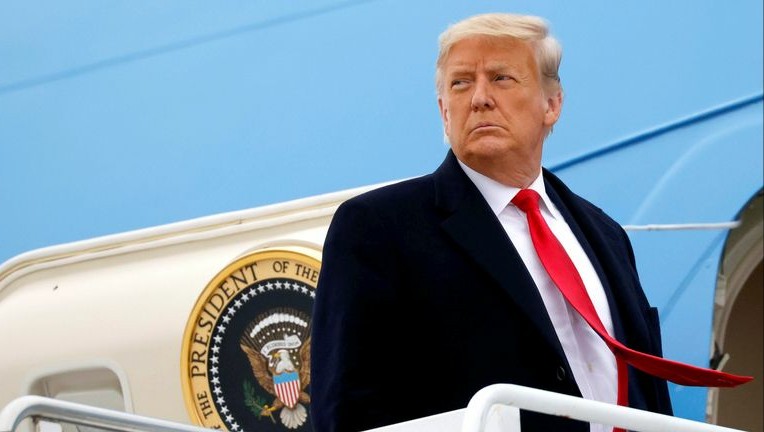 Trump will leave Washington after spending months making baseless allegations of voter fraud in an attempt to delegitimise Biden’s presidency and two weeks after he incited a violent insurrection, with his supporters storming the US Capitol building in an attempt to halt the peaceful transition of power.

Trump is expected to remain in Florida with a small group of aides as he mulls his future. Some White House advisers have been urging the Republican president to host Biden for a White House meeting ahead of Inauguration Day, but there has been no sign Trump is willing to do that, an administration official said.

Trump, the only president in US history to be impeached twice, is planning to issue more pardons before leaving. Sources say he has been considering the unprecedented option of pardoning himself.

Pence, for his part, did speak with Vice President-elect Kamala Harris on Thursday, the Associated Press reports, citing two people familiar with the conversation. It’s the first known contact between the elected members of the outgoing and incoming administrations.

One of the people familiar with the Thursday afternoon conversation described it as a “good call, with Pence congratulating his successor and offering assistance. They spoke on condition of anonymity to describe the private conversation.

COVID-19: No Going Back on Chinese Doctors, Nurses Coming to Nigeria...