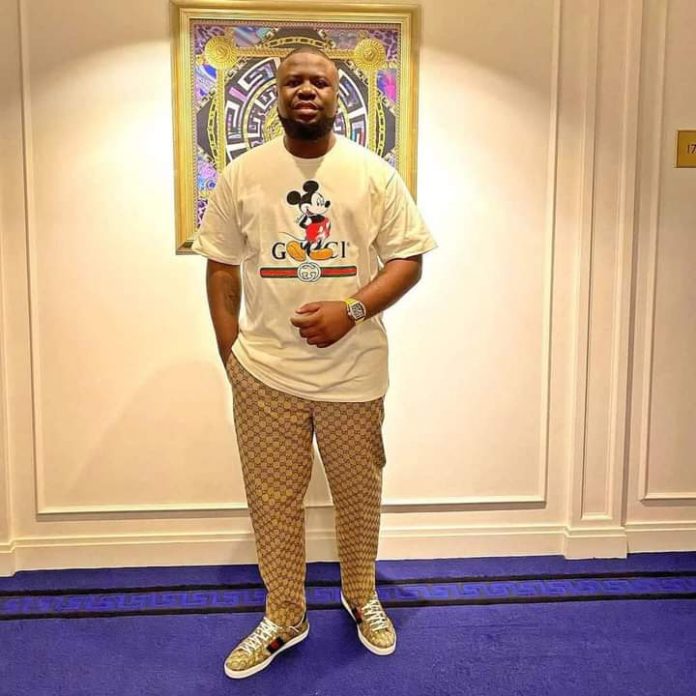 Few years ago, the internet was awash with news that popular Gucci Millionaire and Instagram Influencer, Hushpuppi was arrested in the UAE for fraud and extradited to the U.S.

Well, he’s at it again. This time, right behind bars. US prosecutors presented documents before the United States District Court of California on Wednesday 16th March 2022 with fresh evidence indicting HushPuppi of committing fraud and money laundering in U.S Federal correctional facility.

In court documents obtained from the U.S. Attorney’s Office (USAO) for the Central District of California, Hushpuppi also known as RAMON OLORUNWA ABBAS, while in U.SFederal correctional facility, participated in the purchase and laundering of Economic Impact Payment debit cards fraudulently obtained from compromised data of U.S citizens and residents.

Economic Impact Payments are financial support offered by the US government to U.S residents according to the CARES Act.

It is also called stimulus package or stimulus check. One of the ways eligible US residents obtain their Economic Impact Payments is by debit cards. From the documents presented in court, it was found that hackers use data of U.S residents to file and obtain Economic Impact Payments debit cards. They sell off these EIP cards in underground marketplaces to other cyber criminals.

The court document read:
Security Alerts on ABBAS Activities
Inmates in correctional facilities across the US are allowed certain activities which includes access to phone calls, video calls, the internet, and computers with limited and regulated usage.

Between 28th January 2022 and 4th March 2022, security officers at the US Federal correctional facility, Central District of California, observed more frequent usage of the internet by ABBAS. With the knowledge that the crimes ABBAS committed which he is being charged for are all internet related crimes, security officers were concerned and informed the Federal Bureau of Investigation (“FBI”).

Security officers at the US Federal correctional facility, Central District of California, were instructed to setup a dedicated computer for ABBAS. Any time ABBAS requests for access to the internet, he should be given that dedicated computer.

Only ABBAS should be given that computer.
From 7th March 2022 to 13th March 2022, investigators monitored and recorded ABBAS internet activities. In this period, he requested internet access daily. He spent an average of 55 minutes for each session.

The document went further to detail out their shocking findings while recording Hushpuppi’s activities.

Investigators found out that criminals can order a virtual option of Economic Impact Payments debit cards and receive it instantly.

They use this for online purchases. Criminals can also order for the plastic version of Economic Impact Payments debit cards and they receive it to their mail address.

ABBAS also gave instructions on cash withdrawal from ATMs with the plastic cards.

In the document, the prosecutors mentioned Hushpuppi was constantly buying high end gadgets such as iPhones, gaming consoles, Macbooks, and iPads through his primary contact AJ. Investigators could not ascertain the total proceeds Hushpuppi has laundered from this fraud. Their recorded evidence was for a total of $429,800.

US prosecutors said they are on a mission to unmask the identity of ABBAS’s accomplice “AJ”. They said they are also working with relevant authorities and bodies to take down the underground cyber criminal marketplace called xxxxxx

I attached the court documents obtained from the U.S. Attorney’s Office (USAO) for the Central District of California below.

Why Elisha Abbo May Be The First Nigerian Senator To Be...

I Accept Challenges In Fight Against Boko Haram – Buhari

Why We Canceled Presidential Campaign In Ogun And Abuja – PDP

We Bombed The Heart of Sambisa Forest, Killed Many Boko Haram...