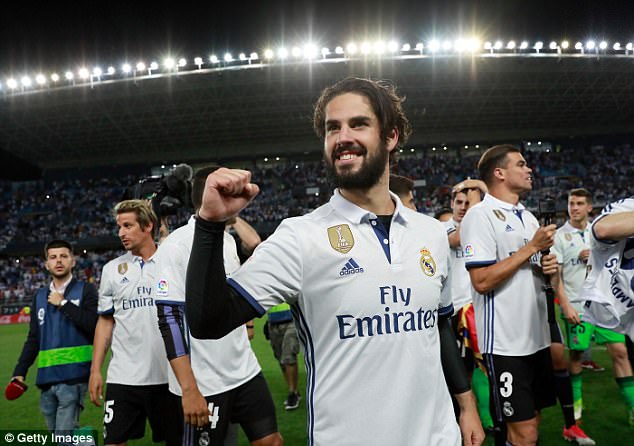 Real Madrid midfielder Isco insists he is not contemplating leaving the club in January despite failing to win over new coach Santiago Solari.

Since then, Isco has made Madrid’s starting XI just twice; the 6-1 Copa del Rey thrashing of minnows Melilla and a shock 3-0 home defeat to CSKA Moscow in the Champions League.

Premier League sides Chelsea and Manchester United have been mentioned as a possible landing spot, with Serie A leaders Juventus and French giants Paris Saint-Germain also linked with the 26-year-old in recent days.

But the player is looking to play down any thoughts that he could be looking for a way out this winter, claiming that he is still “very happy” at Madrid.

“I’m not thinking about leaving in the winter market,” the Spain international told Deportes Cuatro on Sunday.

“I’m very happy, my goal is to win many titles at Real Madrid.”