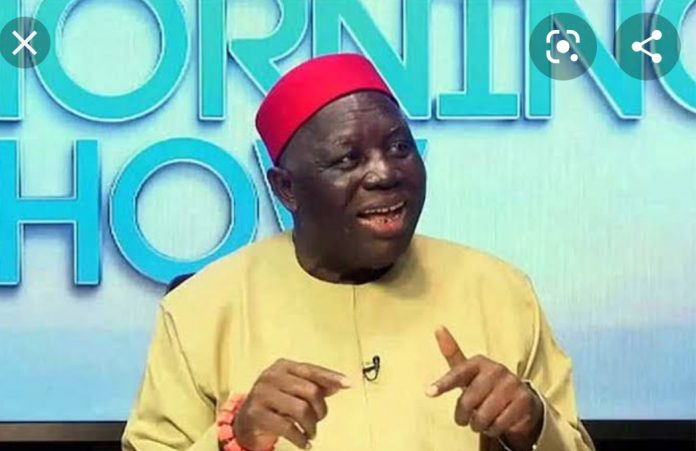 The apex Igbo socio-cultural organization, Ohanaeze Ndigbo, said that every favour extended to any Igbo man deserved commendation of the Ohanaeze.

Ohanaeze spokesman, Chief Alex Ogbonnia, in an interview with The PUNCH, stated that the point of convergence among Ohanaeze Ndigbo and IPOB and MASSOB was much more than the point of divergence.

He stated, “A major point of convergence is that Ohanaeze Ndigbo, IPOB and MASSOB are Igbo. Only point of divergence is approach to the agitation against the marginalisation of the people of South-East.

“On a daily basis, we appeal to IPOB and MASSOB to come to us, let us discuss and hold dialogues and formulate a common approach to the issue of the state of Igbo in respect to Nigeria. It is an appeal which has been consistent by Ohanaeze Ndigbo. It is very regrettable that IPOB has not been able to come to terms with this appeal.

“IPOB approach of abusing everybody is the point of divergence but their grievances are very genuine. All the young people will graduate from universities, some make first class and are deprived the opportunity of employment while somebody who barely passes, before you know the person is giving a federal appointment. It is painful.”

He said the Federal Government instead of kicking against the UK’s gesture, it should call IPOB, MASSOB and all other agitation groups for dialogue.

Speakership: Femi Gbajabiamila Should Step Down For Me – Abia Lawmaker

Army Cadets To Get Multi Million Naira Cemetery From 2020 Budgets