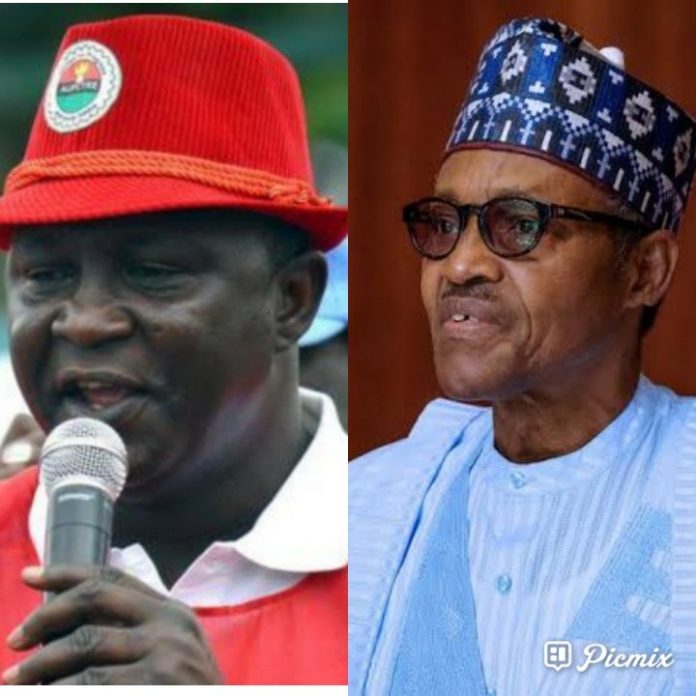 The Secretary-General, Nigeria Labour Congress, Emmanuel Ugboaja, who stated this in an interview with our correspondent on Wednesday, said misuse of foreign loans, insecurity and the cash giveaways in the form of TraderMoni, MarketMoni and other cash-sharing programmes by the Federal Government worsened the recession in the country.

He also lashed out at the Federal Government, saying it had not been consulting workers despite making mistakes repeatedly. Recall that the country on Saturday entered its second recession in five years under the Muhammadu Buhari regime as official figures showed that the economy shrank again in the third quarter of this year.

The latest recession is the worst in 36 years as data obtained from the World Bank indicated that the country’s Gross Domestic Product dropped by 10.92 per cent in 1983 and 1.2 per cent in 1984. According to the National Bureau of Statistics, in its report for third quarter of 2020, the GDP, the broadest measure of economic prosperity, fell by 3.62 per cent in the three months up till September.

Speaking on the recession, Ugboaja faulted the misuse of foreign loans, which a few months ago pitted the executive against the National Assembly.

The House of Representatives Committee on Loans, Treaties and Protocols, had in August while probing foreign loans taken by the Federal Government, specifically faulted Chinese loans. Criticising the usage of foreign loans, the NLC secretary said it was bad economics to allow a huge chunk of foreign loans to be repatriated back to the lender through the purchase of expensive equipment and expertise.

He said the government needed to explore creative options, noting that expending the loans on agriculture would engage more youths in productive ventures and also result in significant yields in the economy. The NLC secretary noted, “We have been going about managing our economy wrongly. That is the truth. We have tended to act as if we are an industrialised country when we are not. We have a huge population, we should encourage and do things that take into cognizance our youthful strength.

“Why must our construction be driven by external equipment we don’t produce when we could have achieved same using manual labour; direct labour kind of performance rather than use a machine costing N15bn to apply the same to 50,000 youths?

I Will Order Our Land Borders To Be Reopen Very Soon...