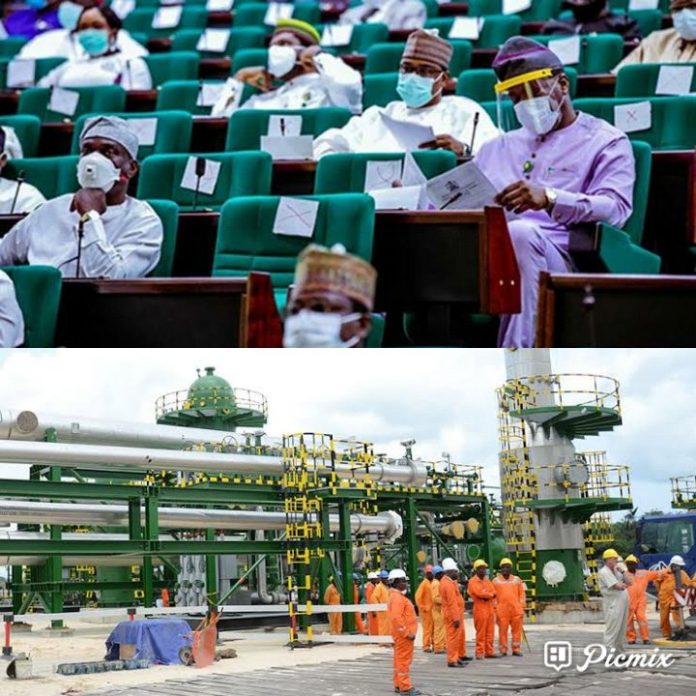 The House of Representatives Committee on Public Accounts has stated that the Nigeria National Petroleum Corporation must account for the alleged illegal withdrawals from the Federation Account in 2017, totaling N1.3tn.

Chairman of the committee, Oluwole Oke (PDP-OSUN), stated this in Abuja on Tuesday at the committee’s investigative hearing on audit queries issued by the Office of the Auditor General of the Federation against ministries, departments, and agencies of the Federal Government.

The committee had grilled the representative of the Accountant General of the Federation, Mr Ezeh Ekwueme, who appeared before the panel to explain the unauthorised deductions from Federation Account by revenue-generating agencies in the year under review.

Oke stated that it was improper for the NNPC to take the monies without being queried by the appropriate agencies.

He said, “They just take the money and nobody to ask questions. Even the Accountant General of the Federation cannot ask questions. NNPC has to account for the money. Aside illegally taking the money, which violates Section 162 of the constitution, they should render an account. What did they do with the money?”

Oke also directed the clerk to write to the beneficiaries to forward briefs of the aides and grants and what they were used for, based on the queries issued by the AUGF and the response by the ACGF.

The committee had on Thursday grilled top officials of the NNPC, warning the corporation against deducting from revenue from sales of petroleum products before remitting same to the Federation Account, threatening punitive action if the action was repeated.

The committee had summoned the Group Managing Director, NNPC, Mr Mele Kyari, as well as the head of the corporation’s subsidiaries. One of the queries against the NNPC is alleging under remittance of revenue from domestic crude oil sales totalling N3.878tn.

The OAUGF issued another other query against the NNPC bothering on the non-collection of miscellaneous gas receipts for some months in 2015, asking the corporation to refund N450bn to the Federation Account; another refund of N1.8tn as well as unpaid gas revenue without details worth $198,919,212.27 (N37,189,084,819.19).

Chairman of the committee, Oluwole Oke, gave the directive when the management of the NNPC appeared before it to defend a series of audit queries. On Thursday, the committee asked the corporation to account for unremitted gas revenue of about $228.9m and another N3.878tn from the sale of domestic crude.

2019: Buhari Hands Over His Presidential Campaigns To Bola Tinubu