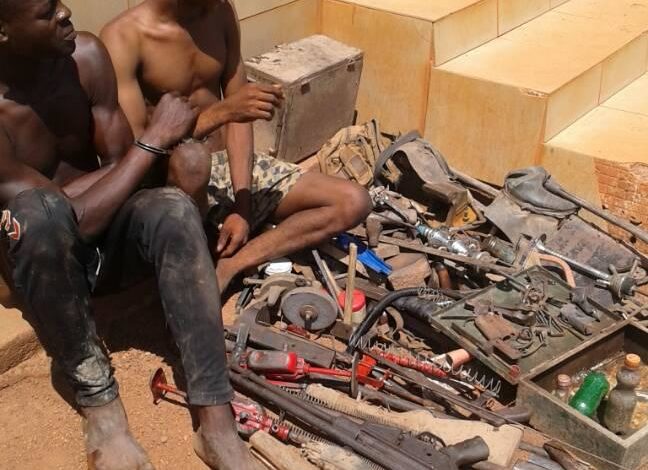 Three suspected firearms fabricators including a father and son have been arrested by the police in Benue State. The suspects, Thomas Ode alias Tommy, Kingsley Abi and his father, Odah Abi, were apprehended at Oju in Oju Local Government Area (LGA).

It was gathered that a G3 rifle, four G3 empty shells of ammunition, two expended cartridges, two cut-to-size iron barrels for construction of locally fabricated guns and three wooden gun butts were recovered from them.

According to Police Commissioner Fatai Owoseni, the suspects were caught in the course of investigating a case of abduction and rape. Owoseni said one of the suspects allegedly abducted and raped a 15-year-old girl in the community on May 21.

He said: “The case was reported to the police and in the course of investigation, it was discovered that the suspects also manufactured firearms locally. Investigations have commenced to fish out the people they supplied to and we would also find out other things they have done.

“The police appreciate the support of law abiding people of Benue State and we continue to count on their partnership towards ensuring security of life and property.”

Father Stabs His Two Daughters To Death After Luring Them Home...