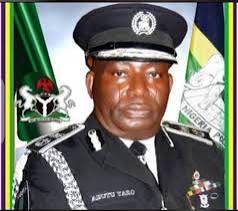 This is definitely not the best of times for the Atabhujies as the family is currently in disarray following the gruesome murder of Pa Vincent Atabhujie and his daughter
Stella Atabhujie by a gang suspected to be a cult group and the disappearance of his son, Imafidon Kelvin Atabhujie following the attack on the family on the 28 of June 2022 at 3 Uwa street, off medical store road, Benin City, Edo State, Nigeria.

Trouble was said to have started for the Atabhujies about two years ago when Osas Atabhujie who was staying with his cousin, Imafidon Kelvin Atabhujie and was alleged to have belonged to a dangerous cult group in Benin City.

Osas was rumoured to have gotten into trouble with a rival cult group who had vowed to severely punish him and his family for daring to cross their path.
According to the information at our disposal, the gang eventually tracked and killed Osas Atabhujie about years ago and Kelvin who he was staying with fled the area to save his own life.

However, the group had the believe that Osas’s cousin, Kelvin belonged to the same cult group with Osas hence they seeked him out for elimination but he was no where to be found.

An eye witness who pleaded not to be mentioned told our reporter that Kelvin who happened to be Osas live-in cousin decided to flee the the area after Osas was killed and he sensed a threat to his own life not knowing the gang would target his other family members.

According to the eye witness. On that fateful day, the gang had stormed Pa Vincent Atabhujie compound at No 3 Uwa street, off medical store road, Benin City on the 28 of June 2022 where they met him and his daughter, Stella at home and enquired for the whereabout of Kelvin but were angered by the response they got, as he maintained that he knew not the whereabout of his son, Kelvin. They allegedly shot and killed him and his daughter, Stella vowing not to stop until they got Kelvin.

According to the eye witness, Kelvin has not been found since then and no one knows if he’s dead or alive. Some people claimed he has fled the country on realizing that his father and sister have been killed and his own life was on the line, while others insists he might’ve been killed and buried by the gang.

The incidence has long been reported to the police and it’s still under investigation as at the time of filling this report.

His mother who was said not to be at home when the incident happened is currently staying with her brother at his own residence due to her poor health condition coupled with the fact that her husband and daughter has been killed while her son is nowhere to be found.

Nigerian Man Sentenced To Death In Malaysia For Drug Trafficking