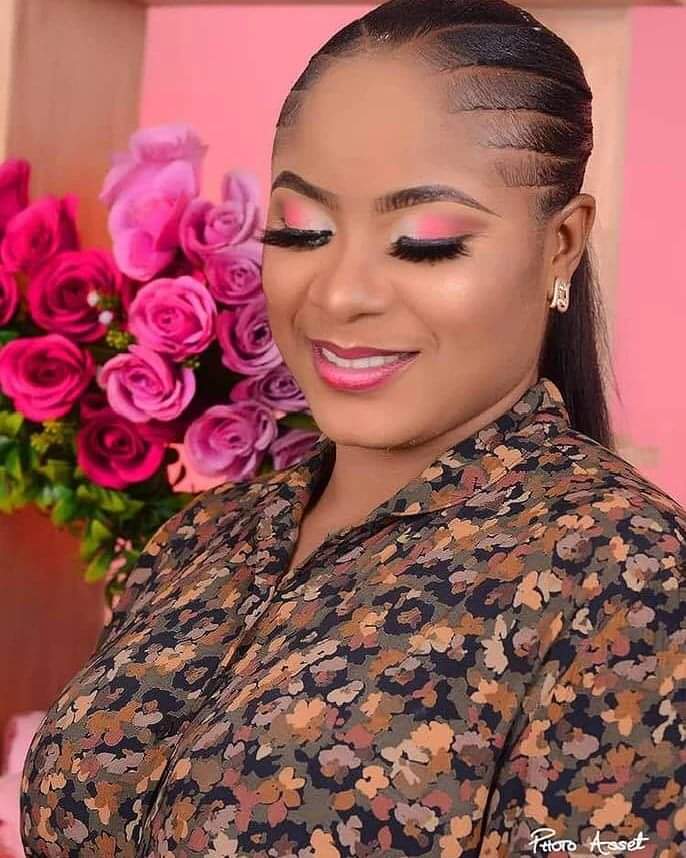 Zebra News is reporting that a beautiful lady, Ann Oshaifi has been murdered, body cut into pieces by suspected ritualist in Lagos. Ann who had just relocated from Warri in Delta State, was planning to leave Nigeria before she was been killed by a yet to be identify man.

Although the suspected killer has been arrested and arraigned, it is unclear why and how he was able kill the innocent lady; Below is how a close friend of the victim is sharing the sad news;

“The way you were k!lled and brutally mùrder_ed broke my heart and everyday, I had wished you listened to my advise just a week before your de.ath.

I have never wanted to say Rest in Peace Ann but you have pushed me. You came to my dream this past night and the only thing you told me before walking away was “Israel Joe fight for me please the guy k!lled me. Before I could exclaim in surprise, you were gone. I was like Tessy, are you alive? What happened to you? You just disappeared.

On the 21st to 23rd of October in 2021, my comrades and I went to the Annual General Conference (AGC) of the Committee for the Defence of Human Rights (CDHR) Nigeria which took place at our national secretariat #43 Adeniyi Jones, Ikeja, Lagos. The moment I uploaded my location on Facebook, you called my lines that you were also in Ikeja Lagos. You came and participated in the conference as an observer. In the evening of 22nd October, we sat in my hotel to discuss many issues. I had advise you to return to Warri and manage your shop until there are openings but you told me you sold your shop located at PTI road and wants to based in Lagos before making your papers to log out of Nigeria. I remembered how I resolved the issue you had with the landlady of your shop three years ago.

READ ALSO:  N2.2bn Fraud: Why I Testify Against Fayose - Obanikoro

My friends who were with me including Comrade Daniel Osemudiame Ezewele , Comrade Ceaser Junior and others also joined me in appealing to you to return to Warri. The next day you called me again if we could hang out but I told you I was at Lekki where we were been hosted by one of our comrades Solomon Egwatu. Just a week after then, our mutual friend here in Warri, Evi Whiskey called me that you were missing. I called the then commissioner of Police Lagos CP Hakeem and tried all contacts I had but to no avail.

When I saw how your body was butcher.ed, cut into pieces with your vital parts harvested, put into a bag, I broke down in tears as your killer was arrested last month. I can’t look at the pictures twice Ann, but, like you said in my dreams, I will fight for you. Yesterday 5th April, the case was heard in Ikeja, Lagos and I hope the Judiciary will not let the i.d.i.o.t guy out of the hook. It is my conviction that you’re not the first girl this guy has k!lled and if released will not be the last. I shall move forward shortly to trend his picture on the internet so that Lagos State can know they have a ritualist next door.

It is also my believe that anyone who engages in the business of k!lling and selling of vital parts of human beings has no business being alive. He is wealthy because of the business he does, but trust you were the light of your family and he has dimmed that light and even put it of. I will get myself set, hire more lawyer to join in the prosecution team. I will fight for you dear and be in Lagos in the next court day. I remembered how you kept me in your house for three days when I was being trailed for assassination just three years ago. You were a friend anyone would pray to have. Trust I will fight for you as you have said Ann Oshaifi

I Killed My Wife Because She Refused To Breastfeed Our One...

What The Youths Must to do Have The Nigeria of Their...

Why We Stop Banky W’s New Movie From Showing In Cinema...

How It All Started Between Me And Teddy A – Bambam