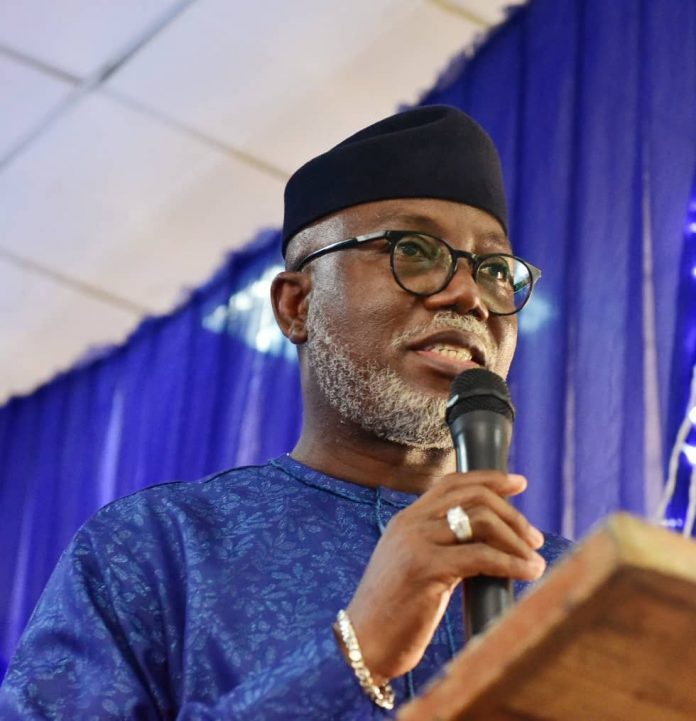 Chukwudubem Onwuamadike, commonly known as Evans Kidnapper, is a notorious criminal who is known all across Nigeria for kidnapping important Nigerians and demanding ransom.

He first became known to the common public when the police issued a warrant for his arrest back in 2013.

For almost four years, Evans kept the Nigerian elites trembling in fear for their safety. He and his gang terrorised the most influential people in Nigeria. However, in June 2017, he was finally caught and arrested.

Ondo State Deputy Governor, Hon Lucky Aiyedatiwa in Lagos on Thursday declared that, the State has been unrelenting on the issue of over-all Security in the State.

Aiyedatiwa while receiving on behalf of Ondo State Governor, Arakunrin Oluwarotimi Akeredolu SAN, a recognition of Quality Leadership Prowess Award tagged “Akoni O’odua” disclosed that, people living in the sunshine State are upbeat at the relative peace in the State which has given rise to more visitors into the State.

The Award was given by O’odua Youth Coalition 2021 as part of their Annual Public Lecture on “Insecurity in Nigeria, The Place of Equity and Justice” , held at Archbishop Soremikun Memorial Hall, Lagos.

“Ondo State is a safe place to work and stay, because we have a Governor who never play politics with the lives of his people”, declared Aiyedatiwa.

The Deputy Governor further explained that, efficient and effective Security Network is fundamental to advancing the socio-economic prospect of any society. “If someone is unsafe, nobody is safe” , he said.

Concluding, the Deputy Governor thanked the organisers of the very important event which is to galvanise to the youths on the need to take issue of security seriously.

He equally thanked them for finding Arakunrin Oluwarotimi Akeredolu SAN worthy of award.

What Buhari Has Done To Atiku- Lai Mohammed

Why I Didn’t Use The Military To Overrun Some States During...

Why I Disagree With Buhari On His October 1st Appreciation To...