A document has been uncovered which showed how President Muhammadu Buhari’s communication minister Isa Pantami and other Muslim leaders plotted to assassinate former Kaduna State Governor Patrick Yakowa. It was unclear whether the conclusion of the Muslim leaders was responsible for the helicopter crash that killed Mr Yakowa, and the minister did not immediately return a request seeking comments from Peoples Gazette on Wednesday night.

Mr Yakowa was the first Christian governor of Kaduna, which is divided between Muslim and Christians, although with a mostly Muslim population.

Mr Pantami chaired the July 13, 2010, meeting of Jama’atu Nasril Islam (JNI), a foremost Isla mic body led by Sultan of Sokoto Sa’ad Abubakar, where it was agreed that Mr Yakowa and his family must be eliminated because he was a Christian leader leading a state in the Muslim-dominated North. 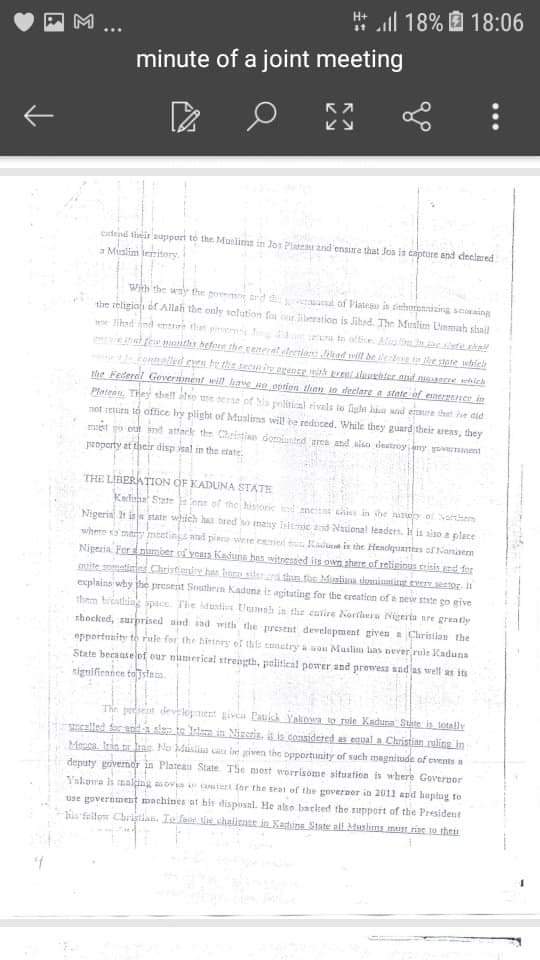 “We must either use the security or other means to eliminate the governor, his family and all those they perceive as supporting him,” Mr Pantami and other leaders said in their communique adopted at the meeting held at Bauchi Central Mosque.

The meeting complained that Mr Yakowa was making moves to contest for governor in 2011 and he had the support of former President Goodluck Jonathan, a fellow Christian. 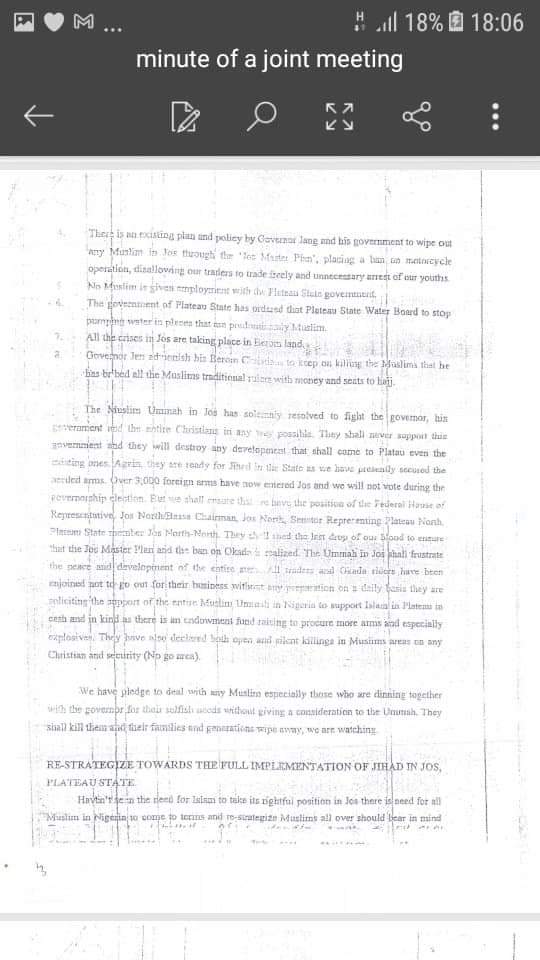 Mr Yakowa contested in 2011 and won a substantive four-year term. He was killed in a helicopter crash barely a year later in 2012, alongside former national security adviser Owoye Andrew Azazi. The event had long been suspected to be more than just an accident, and investigation into what happened was never concluded or made public.

The minister did not immediately return a request seeking comments about the 2010 meeting. 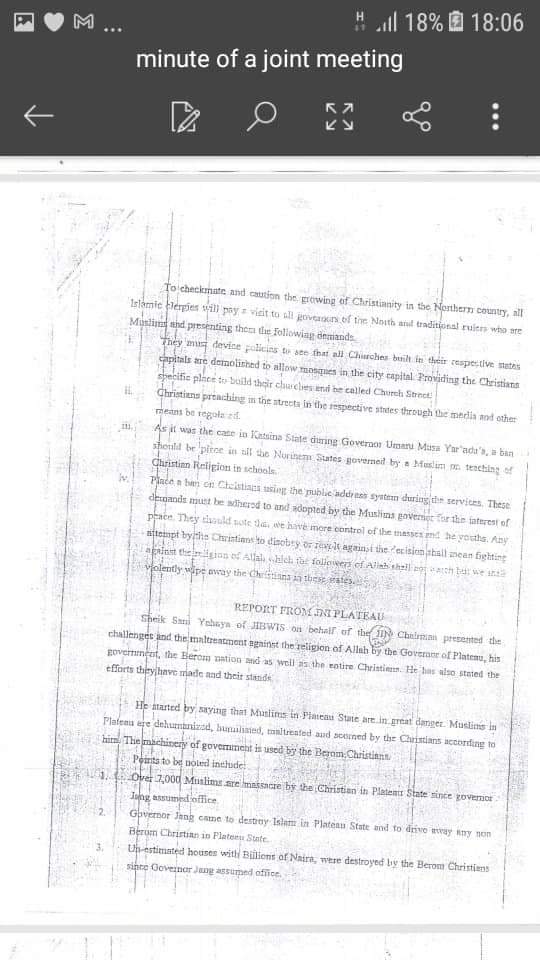 Mr Pantami chaired a July 13, 2010, meeting of Jama’atu Nasril Islam (JNI), a foremost Isla mic body led by Sultan of Sokoto Sa’ad Abubakar, where it was agreed that Christians should be prohibited from building churches in the city centre across the North and only build churches around designated corners away from the cities.

They also agreed that evangelism should be prohibited and any attempt by Christians to resist the measures should be met with violence.

“They should know that we have more control of the masses and the youth,” Mr Pantami and other Muslim leaders said during the meeting held at Bauchi Central Mosque. “Any attempt by the Christians to disobey or revolt against the decision shall mean fighting against the religion of Allah which the followers of Allah shall not watch but we shall violently wipe away the Christians in these states.”

The Muslim leaders also complained about Christians in Plateau and Kaduna and disclosed their plans to cause mayhem by enlisting Muslims in the security agencies as allies. 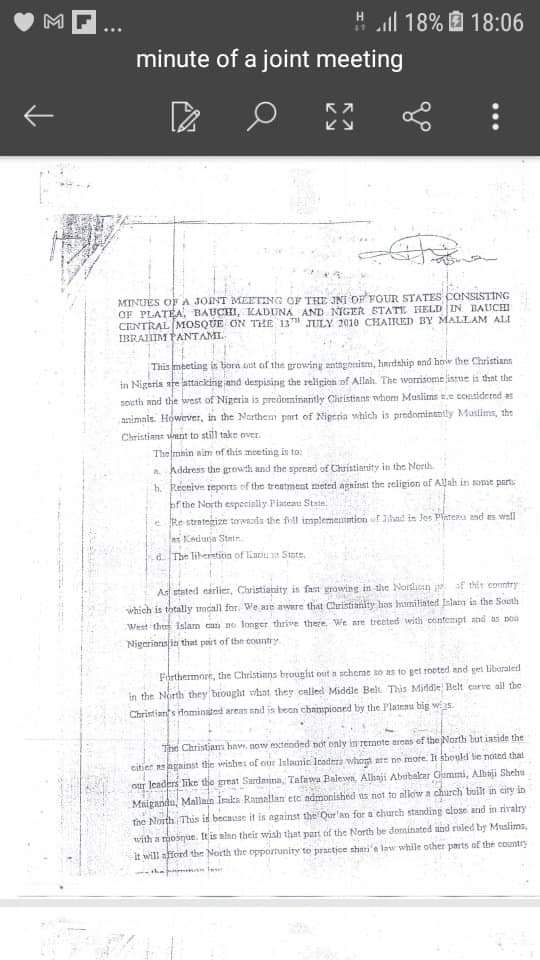 “Again, they are ready for Jihad in the state as we have presently secured the needed arms. Over 3,000 foreign arms have now entered Jos and we will not vote during the governorship election,” the communique seen by Peoples Gazette said.

Mr Pantami and his colleagues also concluded that they “shall use our men who are in the military to help us bring arms and ammunition into Kaduna.”

Document about the meeting surfaced as Mr Pantami came under pressure to step down from office after The Gazette uncovered details of his past inflammatory statements. The minister said he was always happy about the massacre of unbelievers.

He also said Osama Bin Laden was a better Muslim than himself and wished Al Qaeda and the Taliban success in their terrorism.

Policeman Raped Me After Arrest For Failing To Wear Face Mask–...

Shocking Details Of How Governor Matawalle Appropriates One Billion Naira To...

You No Longer Deserve The Office Of CJN – El-Rufai Tells...