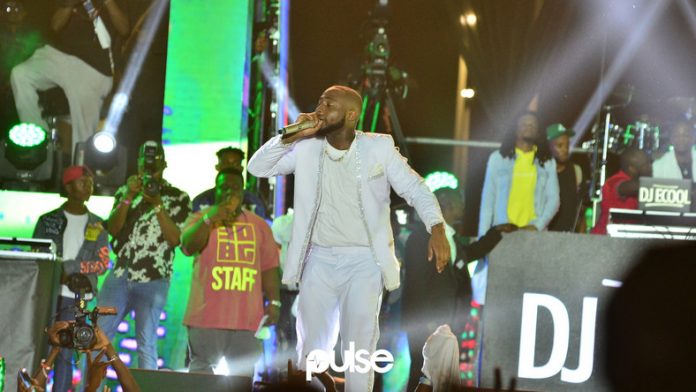 Nigerian Singer Davido has spoken about his recently held concert, City of Davido, in Lagos state, revealing some background story on his struggle.

Sharing his experience in general but especially about the concert, the singer spoke about securing the event venue, name, and ticket sales.

He talked about the issues concerning the venue change and may have subtly touched on the ongoing drama with Kizz Daniel’s manager.

He wrote: “We only had 12 days to sell tickets and put this Show together! They tried to block me from all avenues !! Left, right and center !! People wanted to see David Fail !

“When I came in this industry about 8 years ago at just 17 all I wanted was my video to be played on TV even if it’s only once ! From the first time my first video ‘Back When’ ever played on television till now I haven’t failed!

“Don’t get me wrong we’ve cut it close so many times but God always finds a way to save me!. What haven’t they said about David ?? Ehn ?? 6 days before the show they made us switch the venue from Ocean view Grounds to Eko Atlantic

“After plenty preparation and flyers, billboards TV and radio ads, everything! 4 days before this show I was sued by someone (won’t say who) trying to stop my show just because I wouldn’t work with them anymore and wanted to try and do the show by myself. After spending millions !

“They said the name ‘City of Davido’ is their idea and because of that I shouldn’t do any show with my own name on the 27th of December. I said fuck a distraction. How much will it cost to change the name on everything?! Do I have that? Yes! We MOVE!

“I changed the name from ‘City of Davido’ to ‘DAVIDO live in concert’. Printed thousands of new tickets! Hundreds of new billboard banners ! LED boards ALL! They STILL went to court 2 days to showday to try and stop the show!! But my God is bigger than them! We beat that shit!

“My joy is never to just see myself win but to see other people win. Put people on, put smiles on the faces.. that’s my own joy! Every time I WIN they act like they are blind ! If it’s the other way round Dem go open their Okponu eye like fowl!”

The OBO, as he is also called, appreciated his fellow industry artistes and others who helped in making the concert work.

I’m Shocked Buhari Deny Me A Second Chance To Serve As...

Popular Nigerian Gospel Singer Files For Divorce From Her Husband Of...

Those Criticizing Me Are Not God – Singer, Mr Real

Bandits Continue To Strike, Despite Ordering Security Operatives To Shoot Anyone...