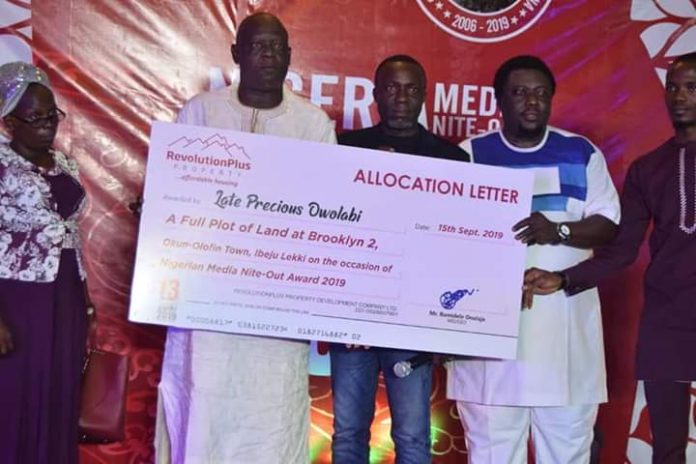 It was paparazzi and glamour at its best last week Sunday, at Lagos Airport Hotel as 13th edition of glamorous Nigeria Media Nite –Out Award came to a glamorous end

The event which has many dignities from all part of the country was anchored by seasoned presenter and actor of repute, Yemi Sodimu. The climax of the award night was the presentation of document of land to slain journalist Precious Owolabi by Revolution plus. It drew a lot of emotion from the guests and journalist who were all present at the venue. 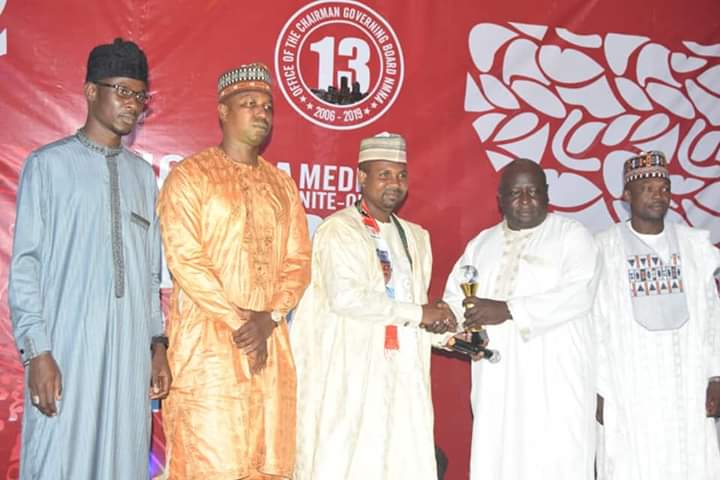 In all 17 different awards were given out to journalist

Among them are: Folake Shokoya of National wire, who emerged as the best reporter for crime, Punch newspaper reporter Tana Aiyejena carted home the best reporter for sports, Funsho Arogundade and Rita Okoye won for Sun society writer of the year and entertainment writer of the year respectively while TVC were proud owner of Television station of the year with Murphy Ijemba carted home the best sports radio presenter of the year, fresh FM won radio station of the year, The station is the brainchild of renowned Entertainer, Yinka Ayefele (MON), the station, according to the owner is positioned to promote, complement and revamp the entertainment and lifestyle sphere in Oyo State. The station which is conveniently located at Yinka Ayefele Music House, on the Lagos – Ibadan by-pass road, Felele, Ibadan. 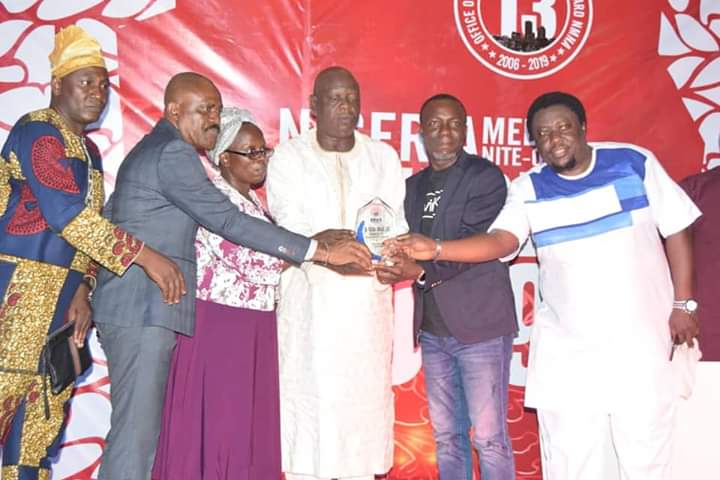 “Listeners of Fresh 105.9 FM can look forward to a blend of quality programming, music, news and sports; with heavy emphasis on lifestyle and entertainment; in English and Yoruba. The station also intends to interact with the local social, political, religious and institutional communities. Fresh 105.9 FM is on air from 5:00 am – 1:00 am daily while we stream online all night. we commenced full commercial broadcast on August 31st, 2015 and has since added two additional stations to it’s fold-Fresh 107,9 FM, Abeokuta and Fresh 106.9FM, Ado Ekiti within four years in the broadcast business. The stations also have live studios in London, Maryland and Toronto, respectively.

READ ALSO:  My Child Is Not Part Of The Balogun Family - Wizkid 2nd Babymama Blows Hot 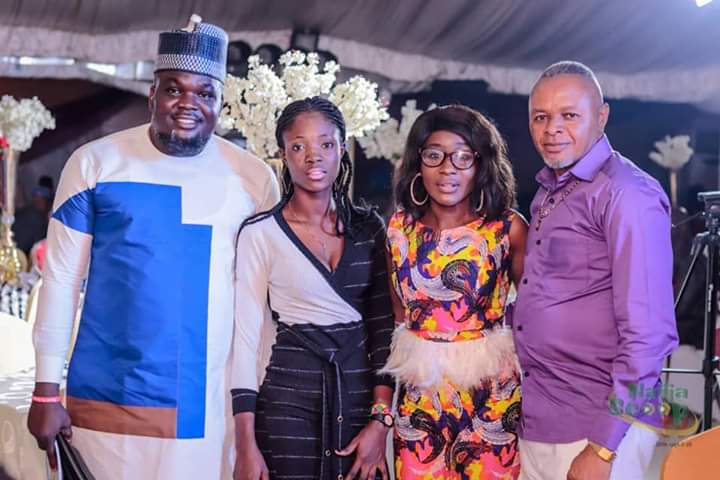 we parades exciting arrays of personalities as well as a team of vibrant and innovative marketing and administrative staff.” The Manager stated while receiving the award

Express Radio 90.3FM Kano, a subsidiary of SAFELINE MEDIA. The Station with a slogan, “GASKIYA DOKIN KARFE” (Truth Always Triumph), has been established and managed by experienced broadcast Journalists who are fully willing and able to take the industry to greater heights, won the best Radio station in North West, the radio which started operations on June 6th, 2013, which Broadcasts is in Hausa, English Arabic, Fulfulde, Yoruba and Pidgin languages, e.t.c. has ALH. ALI BABA KUSA as the Managing Director and CEO he was in Lagos to collect the award alongside his engineering consultant Engr. Illiya Dantata and former Registrar of APCON, Alhaji Bello Garba Kankarofi, heads the News and Current Affairs Department of the Station. The mission statement according to Alh Buba Kusa is “to enhance and promote unity, peace and understanding among Nigerians. 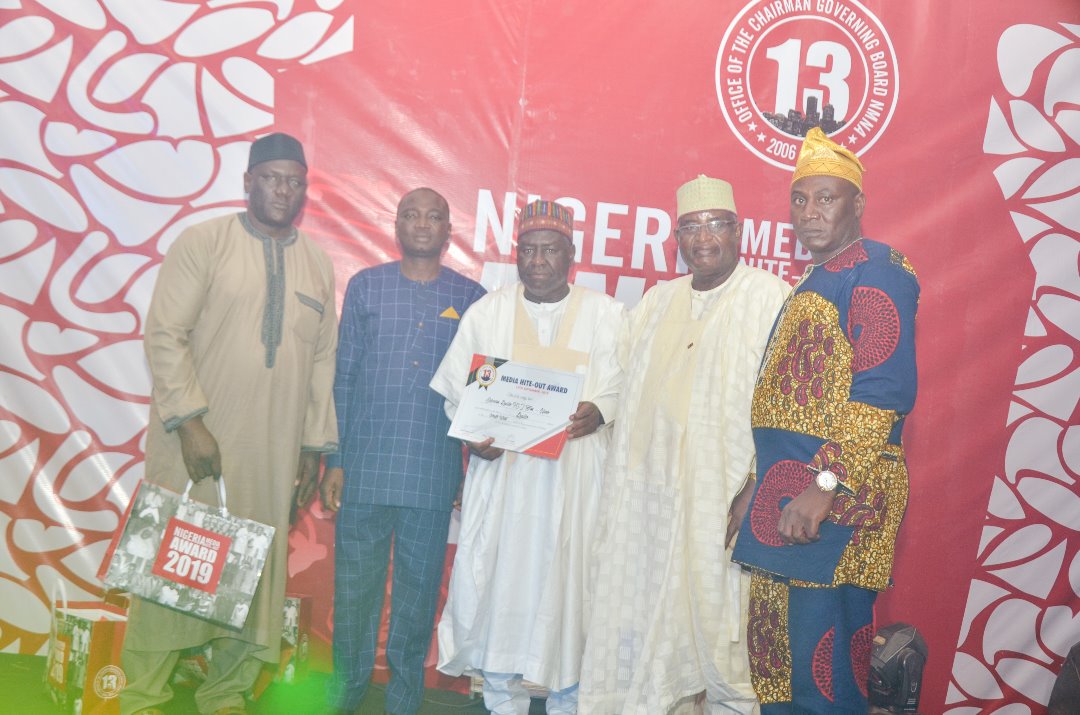 While upholding religious, cultural and social values of Nigerians, Express Radio 90.3FM is determined to confer with leaders in various spheres of life on how best to move Nigeria forward” while the vision statement is “To see that, Express Radio 90.3FM become a benchmark for broadcast in Nigeria through meeting the yearnings and aspirations of Nigerians by Entertaining, Educating and enlightening them while promoting peaceful co-existence among various tribes, ethnic groups and foreign nationals.

Alex O Announces New Collaborations, As He Stages A Major Musical Come Back With Prince Amaho

2019: US Congressman Urges Buhari To Live Up To GEJ’s Legacy Of Peaceful Transition

Senior Pastor of All Nations Churches, Apostle Courage Igene Speaks on His Life as...

My Husband Never Showed Any Sign Of Illness, He Was Found Unconscious In His...

Ogun Crisis: Amosun Reacts To APC’s Threat To Punish Him

Buga Returns With ‘It Has Been Baba All The Way’ [Download]

BBNaija Reunion: I Caught Prince Kissing Lilo At The Back Of...