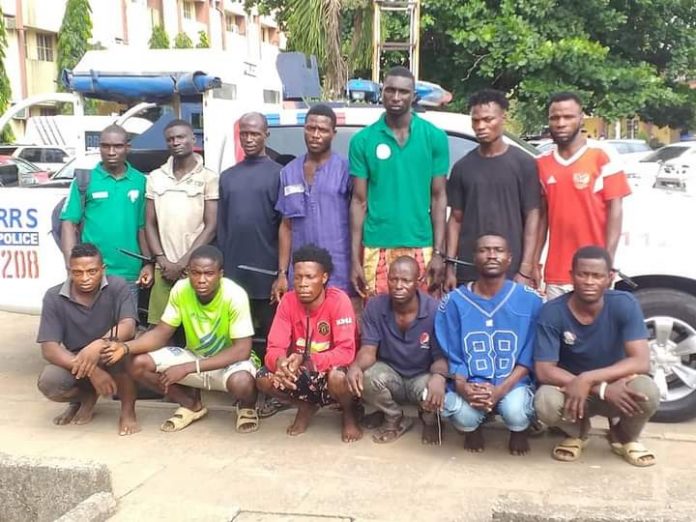 The suspects, who were picked up yesterday evening through an undercover operation led by the Commander, Rapid Response Squad (RRS) CSP Olayinka Egbeyemi, resulted into the arrest of the 13 suspects.

Some of the suspects, who were caught red – handed while taking drugs in their hideouts around the corridor couldn’t explain what they were doing in those spots as at the time of arrest.

Eyewitnesses around the areas who hinted the police disclosed that the suspects were part of the criminals who lurk around spots waiting for traffic and nightfall to prey on motorists returning home from work.

It would be recalled that road users plying Ojota Loops, Abiola Garden and Old Toll gate few days ago complained that they were being tormented by traffic robbers around the area.

The suspects have been transferred to the Lagos State Taskforce on Environmental Offences for prosecution.

2019: Again, Buhari Fails To Present His Credentials To INEC

Why We Want Ambode Out – Lagos Lawmakers