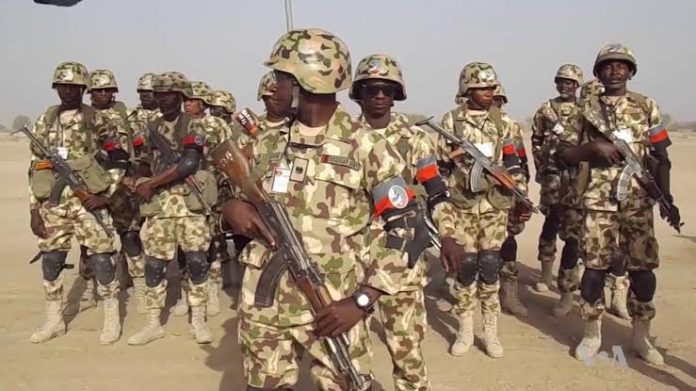 The Nigerian Army has on Friday, announced a reshuffling of its leadership by appointing new General Commanders, Corp Commanders, Commandants of training institutions, Brigade Commanders, and Commanding Officers amongst others.

According to a statement by the Defence Headquarters, signed by the Director, Army Public Relations, Brigadier General Onyema Nwachukwu, the Chief of Army Staff, Lieutenant General Faruk Yahaya, approved the posting and appointment of some senior officers in order to tackle the spate of security breaches rocking the country.

It was reported that suspected terrorists had yesterday attacked a military checkpoint at Zuma Rock, around the Niger-Abuja border, an incident that followed the attack on the Presidential Guards Brigade late Sunday at the Bwari Area Council of the Federal Capital Territory by suspected terrorists.

The statement announcing the reshuffle of the Army read partly, “In an effort to reposition the Nigerian Army for operational efficiency and proficiency, the Chief of Army Staff, Lieutenant General Faruk Yahaya, has approved the posting and appointment of some senior officers of the Nigerian Army to command, instructional and staff appointments across NA formations and units.

The Chief of Army Staff, thereby, directed all the newly appointed senior officers to redouble their effort and commitment to duty in tackling the security challenges bedeviling the nation, as they assumed their new appointments.

This is also coming after the President, Major General Muhammadu Buhari (retd.), had on Thursday, met with the security chiefs in Abuja.

Kogi Chief Justice Did Not Die of Coronavirus – Governor Yahaya...