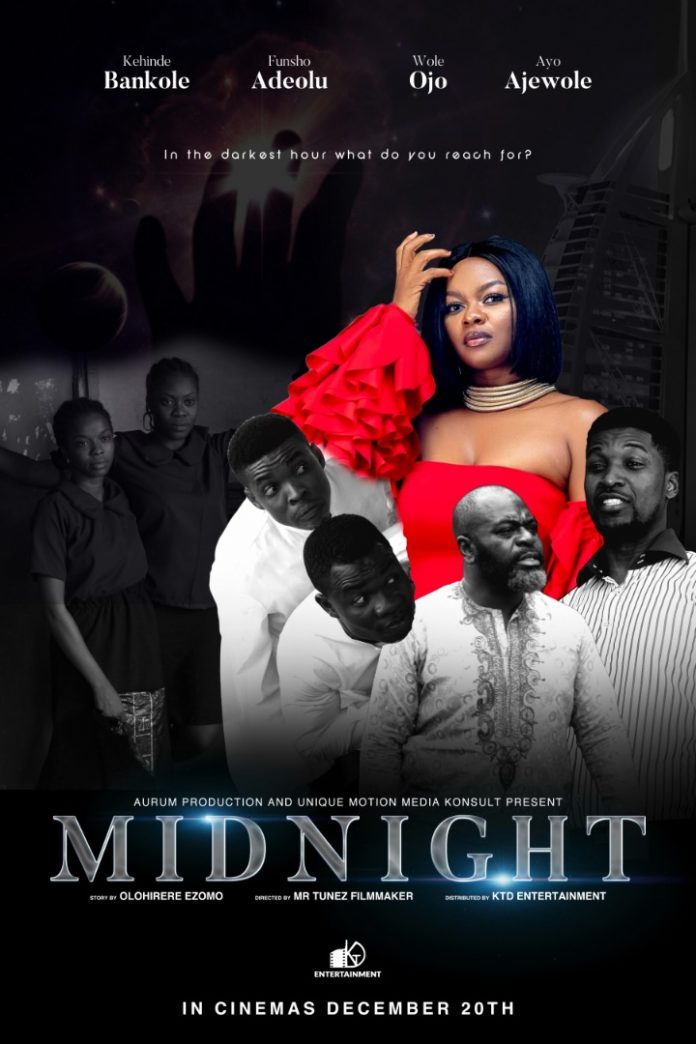 – Hits the cinema on 20th December

The Movie Industry in Nigeria has taken its game a notch higher with Quality movies hitting the cinemas this December, one of those movies is Midnight produced by American based Production Company called Aurum Productions.

Speaking with newsmen, The Executive producer, Ms Olohire Eezemo expressed confidence with the quality of job put in to the production of the movie. In her words “my production company is focused on rewriting the African story and changing the narrative on the global perception of Africans particularly Nigerians.”

“Midnight in particular is an adaptation of a true life story, very educative and the aim is to inspire people to strive for success” She added. The Producer expressed delight that her first Production on a Large Scale is set to hit the Cinema on 20th December after a private Premiere on the 13th of December.

Talking about the challenges, the Producer stated that they were as expected especially for a movie set in 3 Countries and two continents but she is happy everything turned out super great. Olohi further enjoined other industry Practitioners to continue to support each other as that is the only way the industry will continue to advance.

Meanwhile, the Lead actof the Movie, Kehinde Bankole couldn’t hide her feelings as she says that this is one of the best projects she has been part of “From the fantastic script, to wondeful crew, it was great working alongside very talented acts like Funsho Adeolu, Wole Ojo, Woli Alaba amongst others, above all the story is so relatable to me” She added.

Anti-Corruption War: Buhari Will Be Very Cruel In The Next Four Years – FG

Pastor & Deaconess Fred And Others Set To Be Honour And Ordain

Our Leaders Still Have So Much To Learn – Actor, Mike...