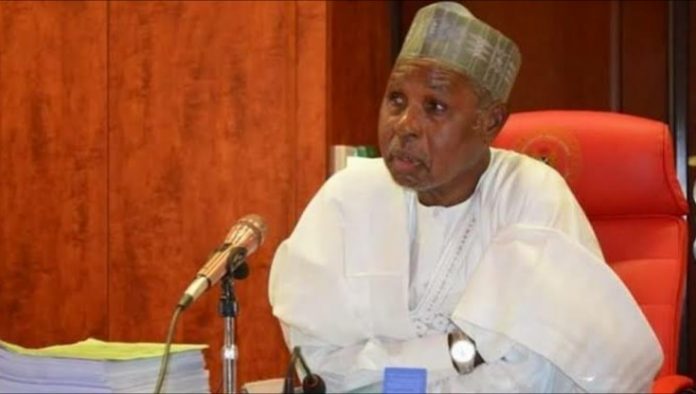 Aminu Masari, governor of Katsina, has alleged that 99 percent of bandits terrorising the state are from Zamfara. Several communities in some states across the north, including Zamfara, have come under attacks by bandits and kidnappers.

Speaking with journalists at his home in Kafur area of the state, Masari said three local governments that share boundary with Zamfara have become “danger zones”, adding that the activities of the bandits are truncating his administration’s effort to restore normalcy in Katsina.

“The only places that we are having problems are Faskari, Sabwa, and Dandume local governments, but all other local governments in the state, especially Jibia, Batsari, Safana and Danmusa there is relative peace.

“From the reports I receive every morning, if you find any case of rustling or kidnapping, it is mostly around Faskari, Sabwa, and Dandume. We have been complaining to the military authority to take full control of Gurbi, Gidan, Jaja, Kaura-Namoda areas of Zamfara state.

“Unless security is fully reinforced in these areas, being the danger zone where most of the bandits live and move freely, we cannot secure Katsina without security in Zamfara, because 99 percent of all the attacks and kidnappings happening in Katsina were from Zamfara.”

The governor’s statement comes days after 26 girls, who were kidnapped from their homes in Katsina, were rescued in Zamfara state.

READ ALSO:  How I Was Kidnapped Inside My Church And Sold to Fulani Kidnappers – Mrs Bridget Esene

Ambode Will Become A Governor In Lagos Again – Doyin Okupe

No More Open Grazing In Our Lands, South-West Governors Declares