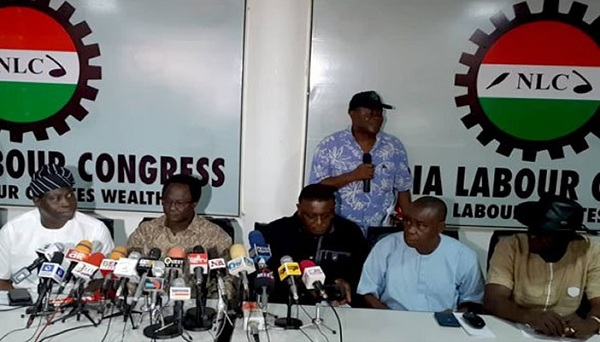 After over two months of inaction following July 27, deadlock in negotiation between the Federal Government and Organised Labour over the consequential adjustment arising from the N30, 000 new National Minimum Wage, NMW, the two parties will Wednesday resume what is considered a make-or-mar meeting.

Already, feelers are worried that if a compromise is not reached at the meeting, the consequences may be very grave for the country as civil servants and other public workers are said to have lost patience with the protracted negotiations and government’s apparent rigid stance.

Recall that a week after the July 27, deadlock, the Labour side on the aegis of the Trade Union Side, TUS, of the Joint National Public Service Negotiating Council, JNPSNC, alerted the nation that it might be forced to call public workers for a nationwide industrial action over the issue.

I Am Still Very Active In Politics – Ex-President, Goodluck Jonathan

The Day I Had Sex In An Elevator In Lagos – Actress, Seyi Hunter

How Actress, Sola Sobowale Was Attacked By Armed Robbers