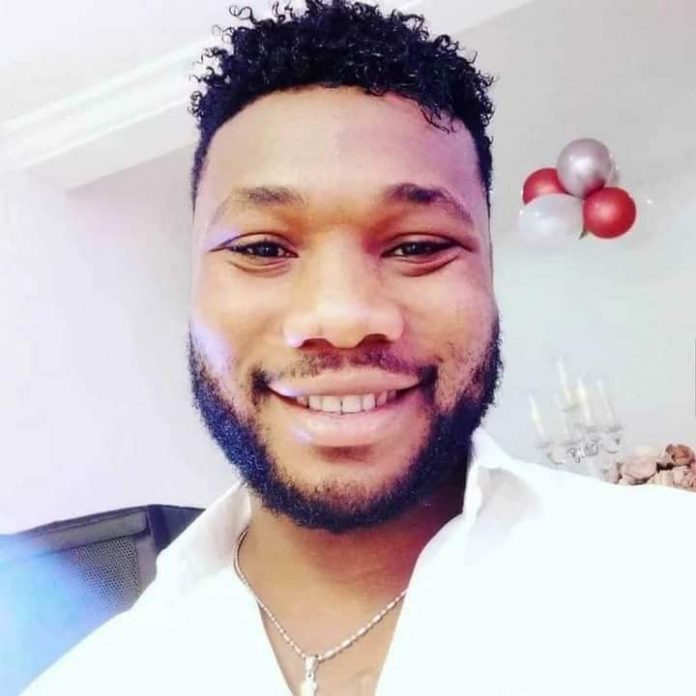 Zebra News is reporting that a Nigerian MC, Bonus Emmanuel Chigozie, has been accused of b#ating his pregnant wife, Itunu Lawal Emmanuel, to death.

The unfortunate incident occurred at their residence in Okota area of Lagos State.

Zebra News gathered that, “They got married about four years ago. Emmanuel started ab#sing his wife after they had their first child. She suddenly became disg#sting to him and he always looked for every reason to be vi#lent.

He continued ab#sing Itunu physically and the ab#se increased each time she asked for the N2.7million she loaned him.

When she got pregnant with their second child, he ab#sed her until the baby d!ed inside of her. She was rushed to the hospital and we lost both Itunu and the baby yesterday, Thursday, March 10, 2022.

The husband was nowhere to be found when she was hospitalized. But he came immediately he was contacted that his wife is d#ad.

She had been telling me since December that she’s scared she might have complications as her husband had att#cked and b#aten her too much during the pregnancy. She had struggled too much trying to push a still birth.”.

Efforts to reach Emmanuel via his social media pages for his own side of the story proves abortive at the time of filing this report.

Osun Debate: Adeleke Was Busy Dancing Skelewu While The Debate Was On – Oshiomhole

I Engaged In Stealing, I Don’t Kidnap – Undergraduate