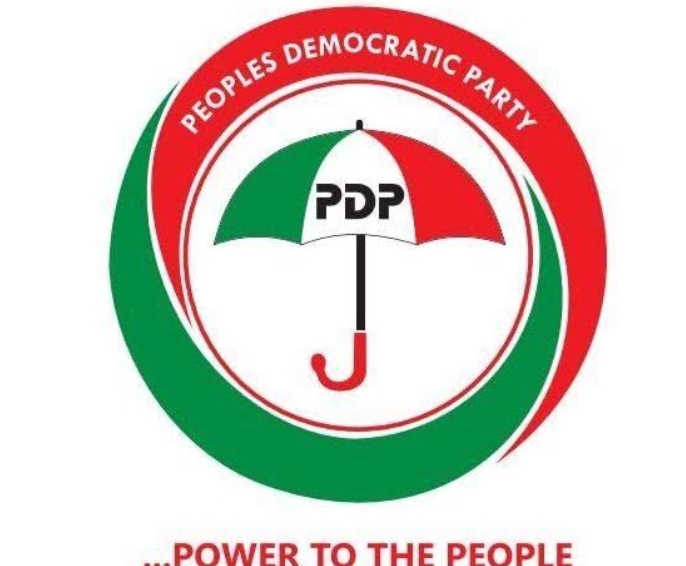 There’s on going crisis in Ogun State PDP which if care’s not taken could jeopardize the chances of the party in gateway having a credible candidate in the general election coming up next year 2023.

A very realible source have it on good authority that the PDP Ogun State Chairman in person of Hon. Sikirulai Olawale Ogundele is on the verge of imposing his son, Okikiola Ogundele as the party asipirant for the post of Ogun State House of Assembly Ifo Constituency 1.

The Primary Election for the Party to choose it’s candidate for The Hosue of Assembly Nationwide is fixed for this Saturday 21st of May, 2022. And people are crying foul that their preferred candidate in the person of Omo Oba (Dr.) Elijah Olukorede Thomson, FCSS, may end up been the losser with the chest game that is been played around by the PDP State Chairman.

Inside source have it that the state chairman has been going hand in cap meeting with people who matters most in the wards of the Constituency that constitute the majority.

It is not funny again!

With the way the state chairman is going, if care is not taken the party may loose in the general election if eventually a candidate who is not thier choice is imposed on them.

We are calling on people to know that there’s ongoing crisis brewing up here in Ifo Constituency 1, where the state chairman wants to impose his candidate who happens to be his biological son.

The funny part of it is that this person we are talking about who is the son of the chairman is not a grassroots politician.

He is an hotelier, managing one of his father’s hotels behind Gateway Stadium along Oloronbo road in Abeokuta, yet this is the man Hon. Sikirulai Olawale Ogundele wants to impose on us against credible candidates like, Kazeem Adelani, Aseex Ogunjobi (PDP Ifo ward 3).

This is absolutely wickedness and injustice which need to be exposed” explained Mr Bowale Segun, a staunch politician who claimed he has been practicing Ogun State politics for over two decades.

Gunmen Kidnap Edo Policeman, Murder Him In The Forest

I Did Not Stab Mc Oluomo – Seigo

Daniel Olukoya Has Gone Bunkers, Threatening Brimstone And Fire Since I...