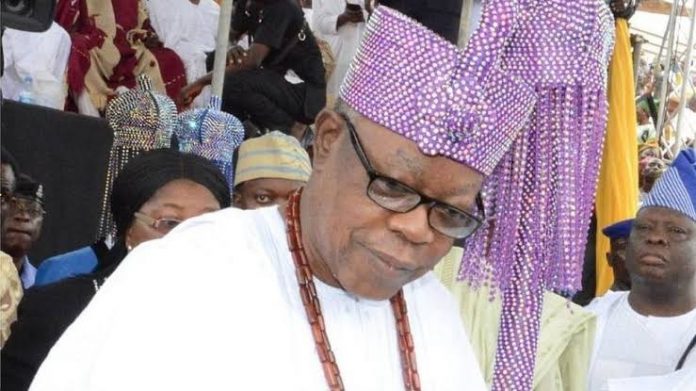 The Olubadan of Ibadanland, Oba Lekan Balogun, has condemned the disruption of chieftaincy installation by hoodlums believed to have been hired by some prospective Mogajis and Baales.

It was learnt that there were contentions concerning the choice of some of the chiefs and the Olubadan condemned the resort to the use of miscreants to address the issue.

Oba Balogun, in a statement signed by his Personal Assistant (Media), Oladele Ogunsola, expressed disappointment at the unruly behaviour of the supporters of the prospective chiefs.

He said the disruption led to the abrupt end of the programme shortly after the installation of only three out of 10 chiefs slated for the day.

“It was a sad scene, seeing miscreants storming the palace, where, accompanied by my members of council seated to perform the traditional rites throwing decorum to the wind in abeyance of the exalted and majestic positions of my members of the Council.

“Kabiyesi, who reiterated his commitment to equity, fairness and justice in the exercise of his traditional role maintained that whoever, after thorough investigation of the incident, anyone found culpable among his staff on whatever might have led to the ugly disruption would be properly sanctioned.

“He empathized with the other chiefs, who had no contentious issue, but, whose installation could not be performed due to the disruption caused by the miscreants, assuring them that what happened was a mere delay and not denial, adding, “their installation would be performed unfailingly at the next exercise”.

Oba Balogun equally charged every family presenting candidates for the positions of Baales and Mogajis to do their homework properly to avoid a repeat of Monday’s incident just as he warned against unruly behaviour.

He advised that they should ensure that their family members who may accompany them to the palace conduct themselves in an orderly manner as anyone found in the habit of bringing miscreants to the palace will be sanctioned.

He also insisted that every chieftaincy matter should be routed through his Personal Assistant on Chieftaincy Matters, Chief Isiaka Akinpelu.

He said, “I have made it clear to the members of the public when the palace was reorganised on the need to ensure that chieftaincy matters are made less cumbersome for me and my members of the council by going through Chief Akinpelu, whose appointment was made solely to have smooth and stress-free procedures on promotion and installation of Chiefs.”

The monarch maintained that anybody who deals with any other person on chieftaincy matters outside of Chief Akinpelu does so at his or her own risk, noting that the palace would not entertain any complaint in that regard after his repeated pronouncement.

Investigators Deployed To Helicopter Crash Site, As Osinbajo Speaks On His...