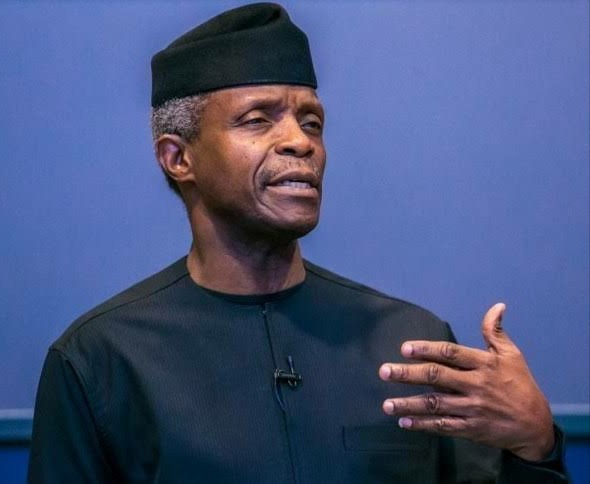 Vice-President Yemi Osinbajo is reportedly unhappy about the sack that recently occurred in the Presidential Villa by President Muhammadu Buhari which affected 35 of his aides, including the daughter of former Oyo state governor, Abiola Ajimobi‘s daughter and the grandson of late Chief Obafemi Awolowo.

It was gathered that as a result, Osinbajo has retrieved the sack letters from the affected aides and is awaiting President Buhari’s arrival from the UK.

Topping the list of those allegedly sacked included: Ajibola Ajayi, the daughter of former governor of Oyo state, Isiaka Abiola Ajimobi, who was appointed Special Assistant, Legal to the President (VP’s office) in August 2019.

Those affected were said to have been working in different Ministries, Departments and Agencies (MDAs).

A source who chose to remain anonymous said: “The letters were distributed to the affected aides through the Office of the Secretary to the Government of the Federation. They were not working within the precinct of the presidential villa.”

Another source disclosed that Osinbajo has retrieved the sacked letter waiting for Buhari’s return for clarification.

Coronavirus: Places Italian Traveler Visited in Lagos and What Nigerians Must do to Stay Safe

Nigerian Woman Delivers Sextuplets In The US

I Have Not Abandon My Presidential Ambition – Fela Durotoye