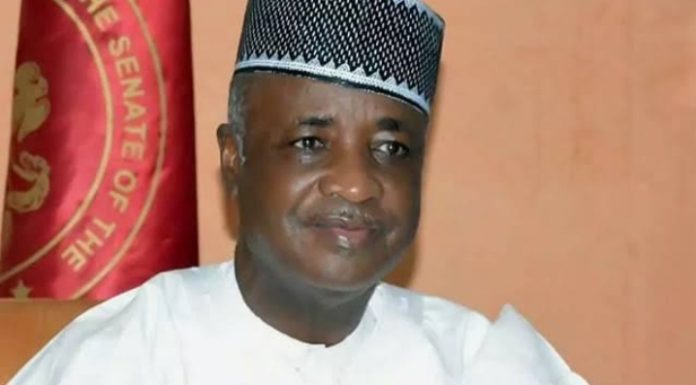 It is now evident that the worries and lamentations by the Sokoto state chapter of the All Progressives Congress (APC) following our defection seem to grow beyond normal proportion. These only show the importance of our action to leave the APC, which is informed by Sen. Aliyu Wamakko’s lies, deceit and selfishness, and whose leadership style is an unknown malady to the people of the state.

Achida, the state chairman of the party said during a press conference on Thursday that, “a battle line has been drawn, between the APC and the selfish political mercenaries”. Indeed the time has now come when the truth must be unveiled and for us to expose the true Wamakko for the people of Sokoto to understand who he really is.

Our defection id definitely as a result of Wamakko’s shylock grip where in the name of the people, he amasses so much at the detriment of his followers. This and our subsequent expose will surely put off the veil that he has placed on the faces of his blind followers so that they can have informed decision and to know what the APC today has become in Sokoto state.

The recurrent reference to us by the APC as a result of our defection to the PDP, signals the magnitude of the pain that Wamakko and his stooges are suffering. It is therefore another deceit for Achida to state that, “We are happy to see the formal departure of PDP moles…” when indeed, Wamakko today does not sleep because of the loss he has caused the APC by our action. For us, we have moved on.

Wamakko’s politics of manipulation and selfishness will continue to witness mass exodus and then, its supporters will get to know the real man in him. True to Achida’s statement, “there are selfish individuals, who are only interested in their personal comfort, rather than the welfare of the people they claim to represent.” In our subsequent article, we shall come up with data on the man whose actions fit the description of “only interested in their personal comfort”.

It could not be true of Achida’s statement to say that, “none of the so called decampees gave any acceptable reason that attracted him to the unfortunate PDP bandwagon.” We did not expect the APC to see reasons expressed in our various speeches as tangible enough. We however are sure that senior members of party also discuss those reasons as tying down the party in the state; they discuss the leadership issues in the APC, but there is nothing they can do. Scores are still in the APC under Wamakko because they have been hypnotized into feeling that they have no option than to stay.

One of those lies told by Wamakko and believed by the people is his claim that he makes people to be what they are. In Achida’s statement, he claimed that “…the entire group is made up of people who have turned their backs on those that were instrumental to bringing them into political limelight. Among them are people who became Ministers of the Federal Republic of Nigeria, after being single handedly nominated by Senator Wamakko.” This is a blatant lie and Wamakko knows this. He was never in the know of those instrumental to Yusuf Suleiman’s appointment as Minister. If he ever claimed so anywhere, he lied. If however it is a mere speculation by his stooges, know from today that Wamakko never nominated Yusuf Suleiman to be appointed minister. If Wamakko had the fore-knowledge, he rather would have nominated Ahmed Aliyu. Again, let it be known that even though Faruk Malami has not defected yet, Wamakko was not instrumental to his appointment as Nigeria’s Ambassador to Jordan, and Wamakko knows this. If he knew that Malami was being considered to be appointed as Ambassador, he would rather have nominated Ahmed Aliyu.

Some further claims by some ignorant Wamakko supporters are that he is instrumental to the appointment of most Sokoto sons or daughters. Examples of these are the appointments of General Farouk Yahaya as Chief of Army Staff and Haliru Nababa as Controller General of Nigerian Correctional Service. On their appointments, he gave the impression that he was instrumental. These are false beliefs because he never was.

Of Achida’s claim that Wamakko “single handedly sponsored some to the State and National Assemblies”, we say that it not true. Wamakko cannot say the same of Yusuf Isah Kurdula who in 2019 was only sponsored by his people to represent Gudu/Tangaza Federal Constituency until the last shambolic primary elections by the APC. If Wamakko had his way, Sani Yakubu would have been at the National Assembly in 2019.

Wamakko collects billions of Naira as support for Sokoto APC and doles out ONLY peanuts to support it. No APC executive today in the state is paid any salary while he collects billions for their upkeep! I challenge any party executive to show his salary pay slip. Wamakko and his entire family and hangers-on live on the generosity of APC stakeholders and the national leadership.

I challenge Wamakko to say that he does not collect billions of Naira in the name of the party. Let him for once be honest enough to declare the funds he has been receiving on behalf of the party. The paltry disbursements from the huge money he receives as donations show his unseriousness for the party to win any election

READ ALSO:  Unemployment, Poverty Is The Reasons Many of Our Youths Consider Terrorism - Buhari

Wamakko is rather more interested in the funds he receives from Abuja, Lagos and other places than winning elections. In fact, he actually fields Ahmed Aliyu just to have access to these funds – shebe he has the funds, let him lose the election na. He is only using Ahmed Aliyu as a pawn on his chessboard, while amassing and cornering the resources for himself.

The main reason he is smoking every major stakeholders, who can contribute in winning the election out of the party, is actually because he is not interested or committed to winning the election, but rather using it as a means to mobilise and corner campaign funds for his personal use only.

In politics, you don’t claim heroism all the times.

Expose Those Desperate To Be VP – Shehu Sani Urges Buhari

I Have Lost Respect For Omotola Jalade, She’s A Horrible Person...

Why Nigerian Men And Women Are Afraid Of Having Good Sex