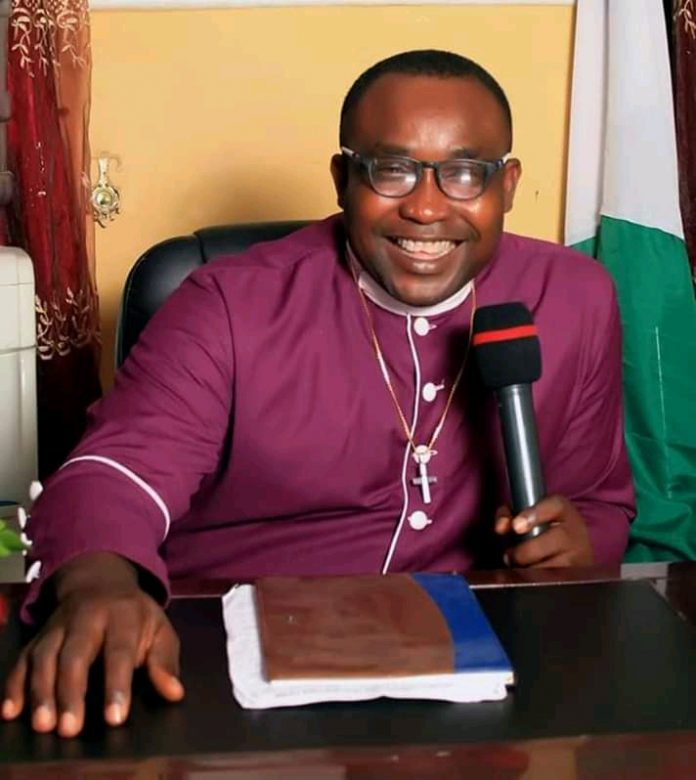 Peace Ambassador Ephraim Ononye (AFP/JP). The founder of Power House (Interdenominational Assembly) Also the founder of Ephraim Ononye Ministries Worldwide, a Prolific man of God with an Apostolic gift of deliverance and a Prophet to the Nation who is known to his exposing fake pastors in the country recently expressing his anger over pastors who demands tithes / offerings online from members this trial period in the country as satanic and greed which he said is dangerous.

How can somebody who profers to be a man of God have such greedy thought that members from his church should send tithe and offering to him or to the church account by transfer. What kind of wickedness is that? Most of these pastors are only interested in making money from members, how to full their pockets, extortion from members. Ephraim added.

Ephraim continues as he wonders where those pastors involved expect members to get the money from when markets are closed down, most offices are not working, Civil servants do not got to work, instead of been concern about their welfare and well being in this trial period.

Revealing how he felt so bad when he read on Internet as pastors telling members not to forget to pay their Tithe/Offering through online banking. In this trial period when people are dying of starvation? Instead of proffering solutions to the deadly disease in the country. Such pastors are wicked and heartless.

He further stated, referring to pastors who owns schools (Universities). Saying that school built in the same money made from the congregation yet their members cannot afford to pay the school fees in that same school. Stressing that how can you build a school with money raised from the church and the school fees is so high that the poor members of their church cannot afford to school in the school built by the church.

He blamed the so called big men of God who he said are the problem the church has. Saying all they are after is to build mansions, fly private jet and answer the most riches pastors in the world while the church members are dying of starvation. This so called big men of God don’t care if their members doesn’t have enough to eat but all they are after is extorting money from them and demanding online tithe / offering from members in this trying period. They are from the pit of Hell. Anybody telling you to bring money for prayers is evil and not of God. Ephraim Ononye said.

He therefore enjoyed the federal government to set up task force, not only to set up a task force, they should be investigated. And on the state of the nation, Ephraim expresses hope that the viral virus will be history, he asked individual to quit panicking even as he advised they pray and exercise faith in God.