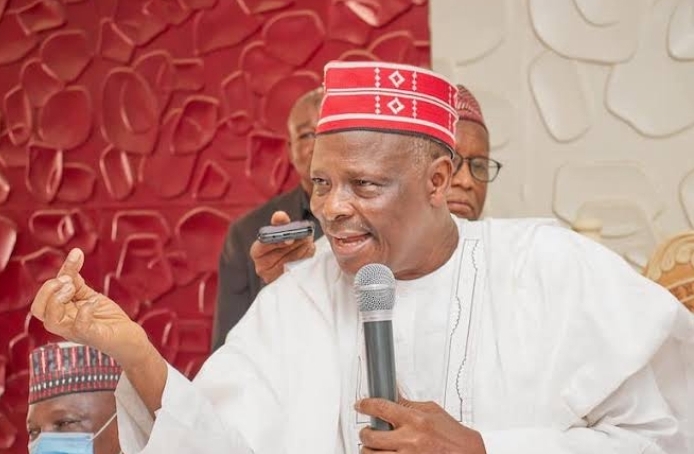 Dr. Rabiu Musa Kwankwaso, presidential flag bearer of New Nigeria Peoples Party (NNPP) has expressed his readiness to close ranks with the other minority political parties to defeat the ruling All Progressives Congress, APC and the main opposition Peoples Democratic Party, PDP and save the country from imminent collapse.

Kwankwaso, made the call during a media briefing in Lagos, recently, where he opined that it would require intentional handshakes across the Niger for minority parties to unseat the ruling APC and the main opposition PDP.

According to him, Nigeria has not been sharply divided along ethnic and religious lines like we are at the moment and that the country is on the verge of collapse if urgent steps are not taken to change the leadership structure.

When asked if he can work with Mr. Peter Obi, he answered in affirmative but on the condition that Obi will be his vice since he has the magic wand to stabilize the country and get it back to winning ways.

According to him, Obi is a sound young man that has a lot to offer and that he would be glad to work with him. He said that at the moment, what Nigeria needs is a proven leader with good track record of sound leadership, who will be able to win election and galvanize the country together, solve the insecurity challenges that have bedeviled the country, restore the economy and put politics, ethnic inclinations and religious affiliations aside and lead the country selflessly.

Dr Kwankwaso also called for more women and youths involvement in governance in both appointment and elective capacities.

When asked if he has faith in the Independent National Electoral Commission, INEC to conduct a free, fair and credible elections in 2023, he rather seized the opportunity to encourage the INEC chairman, Prof. Mahmood Yakubu to see 2023 as an opportunity to write his name in gold and the sand of time by being fair in the conduct of the forthcoming general elections, noting that history will not be fair to him should he fail Nigerians with the conduct of the elections.

He said that unless he, Prof. Yakubu heeded this warning, he will regret his time as INEC chairman in future adding that the 2023 elections unlike the previous polls, Nigerians are keenly watching INEC, the security agencies and the politicians and would expect nothing short of free, fair and credible elections.

It would be recalled that Kwankwaso is the first state governor in Nigeria to introduce free school feeding and uniforms for primary school pupils. This singular act increased the school enrollment figures from one million in 2011 to over three million in 2015.

His passion for education was unbeatable as he initiated free education at all levels in the state. He established 230 secondary schools of which 47 are technical colleges, 44 schools of Islamic Studies, Chinese College, French College and the first boarding girls college as well as a boys college in Damagaran and Niamey jointly with the government of Niger Republic.

After leaving office as governor, his quest to tackle the socio-economic malaise in the state informed his decision to set up the Kwankwasiyya Development Foundation. The Foundation was conceived to help the people of Kano State and across Nigeria.

Through the Foundation, Kwankwaso supported many young people to further their education with continued financial assistance. The 1st batch of 370 beneficiaries of the Foundations oversees scholarship returned to Nigeria in 2021 after completing their degrees. Many of the graduates are well placed on the labour market in companies like Dangote and BUA.

The Foundation also secured the release of 170 inmates in various prisons across Nigeria by paying their fines and providing transport that enabled them get to their destinations.
Cash and food items are regularly disbursed to widows and other disadvantaged indigenes and Nigerians at large.

Indeed, RabiuKwankwaso is an epitome of sacrifice, love, goodwill and compassion, and the answer to the leadership gap the country is seeking to fill.

He rounded up the interview with some newsmen in Lagos confidently introducing Bishop Isaac Idahosa of God First Ministries who has been there with him with prayers, praying for progress and good development of the country.

He urged him to request other clerics and men of God to reunite in prayers for the country as the only way to make our country, Nigeria a better place.

Shocking Details Of How Governor Matawalle Appropriates One Billion Naira To...

Cryptocurrency Ban: We Meant Well For Every Nigerian – CBN Governor,...