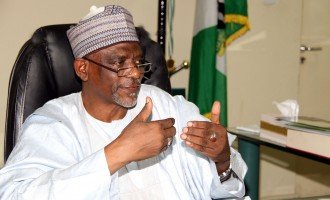 The Federal Ministry of Education has cleared the rumor flying around that basic academic activities would resume fully in November as a result of the lockdown in the country.

The ministry of education through its Director of Press, Mr Ben Goong noted that citizens should ignore the false notice as the source is mentally unstable. Goong further claimed that the Minister of Education, Mallam Adamu Adamu, could not have signed a statement where the Permanent Secretary, Sonny Echono, granted an interview as shown in the false notice.

In this regard, the federal government has implored parents and guidance to ignore the notice, the ministry further noted that it is looking forward to punishment the source for the illicit act.

Addressing the issue, Goong said, “The Federal Ministry of Education has disowned a press release circulating on multiple social media platforms insinuating that schools will reopen in November 2020, describing the release as the handiwork of an illiterate, who, going by the content of his release, also appears to be mentally unstable.

“The ministry is asking parents, students and the general public to disregard the release in its entirety, adding that there is iota of truth about the release. Efforts are on to track the author, and he or she will be prosecuted.”

“We could have ignored the release but for the massive calls from stakeholders expressing concerns.”

Tears In Abuja, As Missing Army General Is Laid To Rest