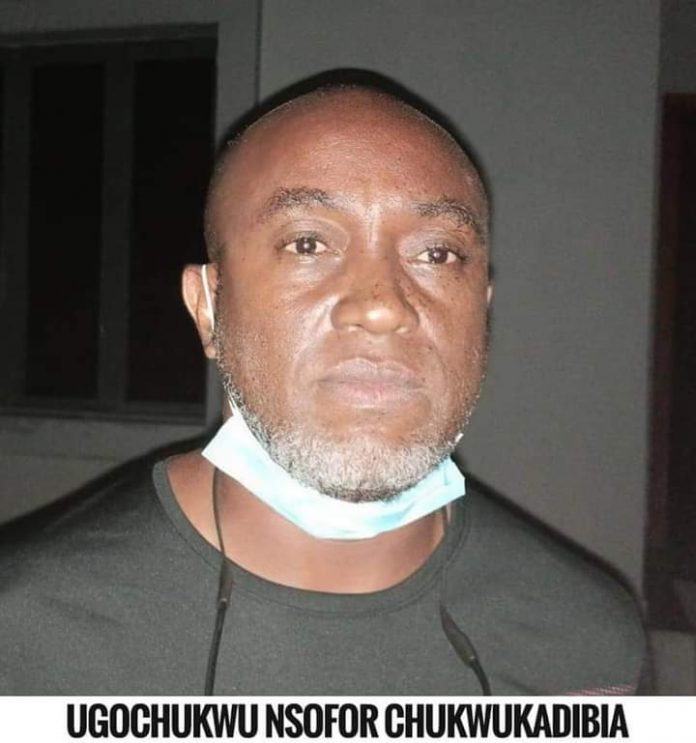 A billionaire businessman from Ihiala, Anambra state and the chairman of Autonation Motors Ltd, a thriving auto business in Ikoyi, Lagos.

Chief Chukwukadabia is so rich and wealthy that he converted one of his palatial mansions at highbrow VGC to a Tramadol warehouse with air conditioning in all the rooms for the Tramadol because Tramadol life matters.

Acting on credible intelligence, men of NDLEA raided the Tramadol warehouse, and tramadol worth N8.8 billion was recovered from the warehouse at the mansion.

The arrest of Ugochukwu, who is the Chairman of Autonation Motors Ltd., comes barely two months after NDLEA uncovered a methamphetamine clandestine laboratory in the residence of another drug kingpin in the estate, Chris Emeka Nzewi, who was arrested on Saturday, July 30th, along with a chemist, Sunday Ukah, who cooked the illicit drug for him. At least 258.74 kilograms of crystal methamphetamine and various precursor chemicals used for the production of the toxic drug were recovered from Nzewis’ home during his arrest.
Following credible intelligence, NDLEA operatives on Friday 30th September stormed the Plot A45 Road 2 home of the 52-year-old billionaire drug kingpin. A search of the expansive mansion led to the discovery of 443 cartons of Tramadol Hydrochloride 225mg, which contained 13, 451, and 466 pills of the drug, while some of the cartons were already burnt in a fire incident in the house that same day.

Before his arrest, Ugochukwu had been on the agency’s watch list as one of those behind the tramadol drug cartel in Nigeria.

Preliminary investigation shows that he has about six mansions within the VGC, one of which he uses to warehouse the tramadol consignment, while he lives in the one at Plot Z-130 Road 67 and another as his office. Five exotic vehicles have also been located in two of his mansions, of which two SUVs, including a bullet jeep, have been successfully removed to the agency facility.

Already, his drug boys and side chicks scattered throughout Lekki who benefited from his deep pocket are in tears, distraught since their lover, mentor, and benefactor were apprehended by the men of NDLEA.

Why Femi Gbajabiamila Could Emerge House Of Reps Speaker, The Tinubu’s Connection

I Have Not Discuss Marriage With Chioma – Davido

Maryam Sanda Finally Tells Judge Why She Stabbed Her Husband To...