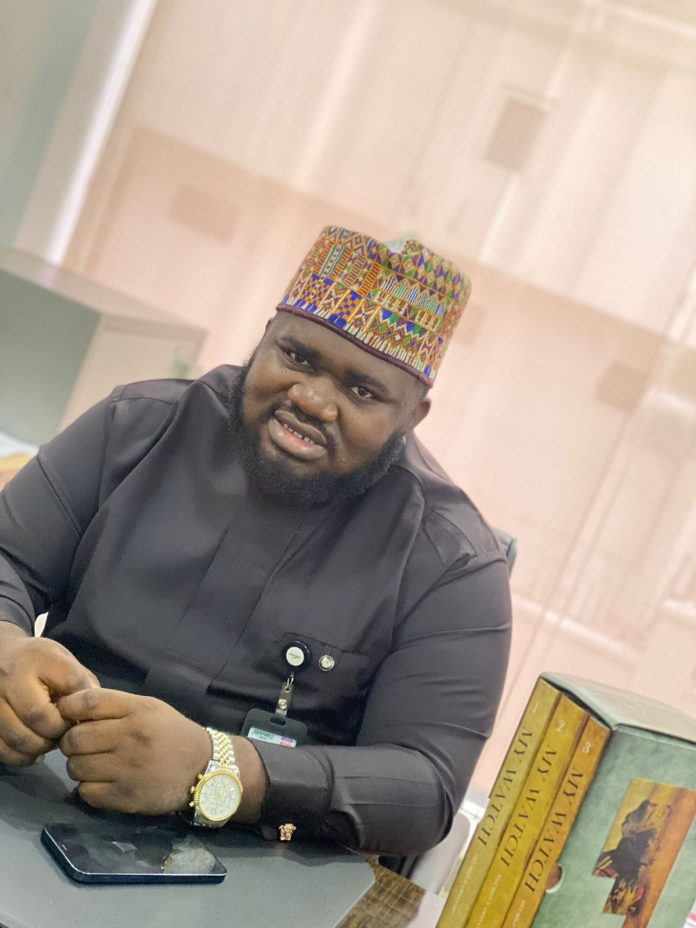 Olayinka Olaoye, is one of the youngest Chief Executive Officers currently shaking Oil and Gas industry in Nigeria. The Ibadan Oyo State-born business man is the CEO of Fanfaro Oil in Abuja. He’s also the Co-founder Pediforte Coding Academy. He’s a graduate of Ekiti State University. He became a businessman since 2013, and his first business was far from usual limited, dealing in all kinds of gadgets. In this exclusive interview with Gbolahan Adetayo, Olayinka revealed to us how he became a businessman at a tender age, his political career, Yul Edochie’s second wife saga, among other interesting issues you can’t afford to miss about him:

Can you talk more about your business?

FANFARO is one of the brands of the SCT Lubricants Group. All products are produced in two own factories in Lithuania (Klaipeda on the Baltic Sea) and in the Republic of Belarus (Minsk). The company was founded to meet the requirements of the European and Eurasian automotive industry as well as those of the largest engine manufacturers in Europe, Asia and America. The production facilities comply with the latest international standards, including the ISO 9001 standard of the international quality system which guarantees high product quality. I owned a franchise of Fanfaro Oil, so my company is Fanfaro Oil Abuja.

Why the choice of this kind of business?

Since you have started, how do you describe the journey? Easy or rough?

When you step into a business you’re not familiar with, it’s never easy, but at the same time, I wouldn’t say it’s been rough. We’ve had up and downs as a company which is normal, from hiring the wrong set of people to finding it hard to break into the market, to the rising and rising of US dollars against the Naira. We’ve had so many ups and downs, but I never for once regretted that I invested in oil. It’s been a fantastic journey, and we’ve grown as a company. Our days of struggling as a company are behind us now.

How did you now break into the market?

We changed our marketing approach. we did door to door marketing, we involved the drifting community. We actually did a lot in that front which I’m not sure I can explain everything here. Breaking into the market, we had to hired the right set of people.

Away from this, what else do you do?

Do we see you going into politics in the nearest future?

Of course yes. I was born into PDP, my dad has always been a PDP member. At the moment, I am into politics but not fully yet, by 2027 I am coming fully to run for the post of the Federal House of Representatives.

If you are to advise president Buhari things to do to fix Nigeria, what would it be?

Federalism is the only way that could move this nation forward. Federalism is a system of government in which two levels of government controls the same territory. Generally, an overarching national government is responsible for the broader governance of larger territorial areas, while the smaller subdivisions, states, and cities govern the issues of local concern.

READ ALSO:  Arotile's Family, Afenifere to NAF - Tell The World The Real Cause Of Our Daughter's Death

Who do you prefer in PDP to take the ticket after the primary election?

Until I know everyone who have declared for the presidency. For now, I don’t have a comment.

Yes, I an happily married with 2 beautiful daughters, I’ve been married for 6 years.

Yul Edochie married a second wife recently, as a man do you support polygamy?

I do not support polygamy but at the same time I won’t judge any man for having a second wife. His life, his decisions.

Enugu 2023: Why Ugwuanyi Should Be Allowed To Choose His Successor – Frank Okwudili Writes

How I Founded My Multi-Million Naira Logistic Firm In Dubai –...