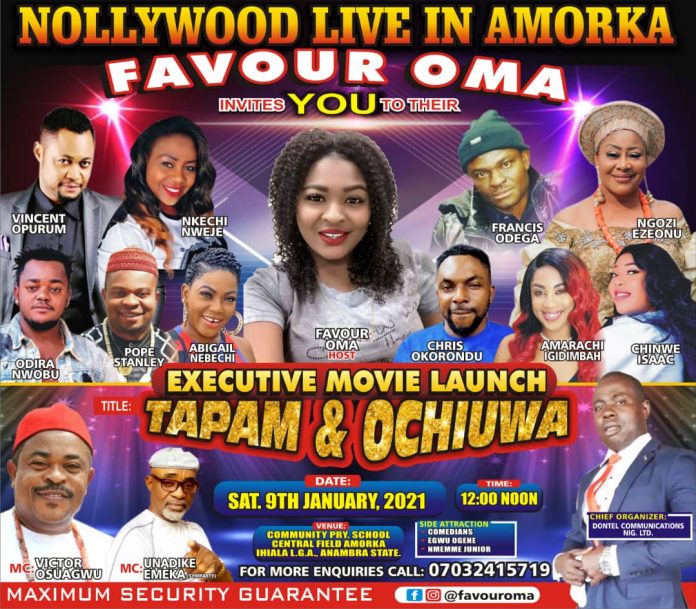 All roads lead to the pristine town of Amorka in Ihiala local government area in Anambra State, tomorrow, Saturday, January 9 as Nollwood actress, Favour Oma brings Nollywood closer in her two movies launch in her hometown.

According to the delectable actress, the event organised by Dontel Communication Nig Ltd will also attract distinguished people like the Anambra State Commissioners for Information and Culture. Favour Oma is an actress and producer with an excellent touch on whatever she invests in. She has featured in numerous movies and produced her own. 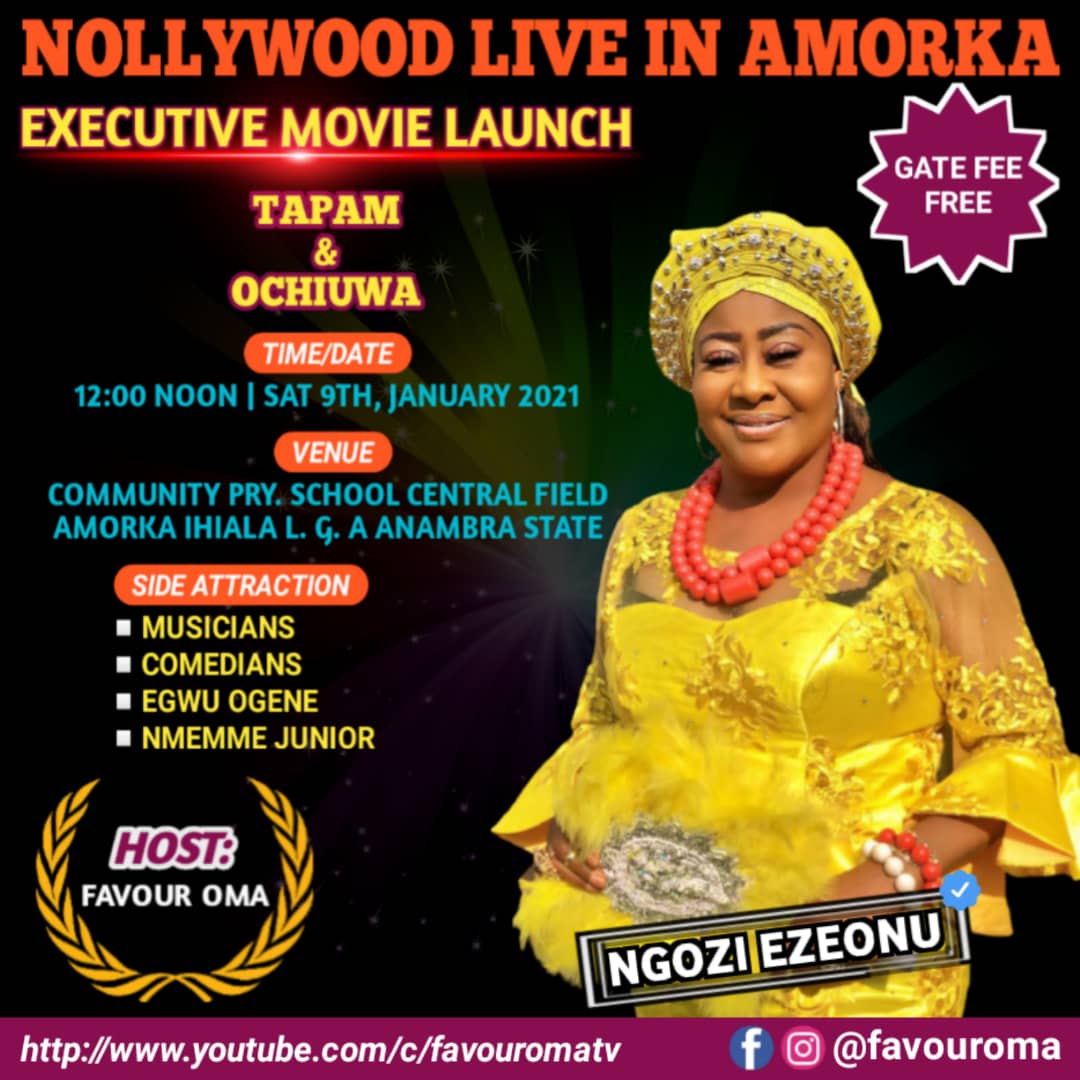 The movies to be launched, TAPAM is about a young man, Collins who fell in love with a young village girl TAPAM (Añuli) but his mother preferred her twin Sister instead and refused him getting married to Añuli. But nature couldn’t be changed. The movie is out on YouTube and other platfotms.

The other movie, OCHIUWA is about a village trouble maker who refused to learn, but was convinced over a scholarship that will come with so much money if she is educated.

COVID-19: Makinde Appeals To NCDC, WHO For Certification Of IITA Testing Center

AEN Calls For Synergy Among Entertainers

I Have Sacrifice For NNPC Pensioners – Baru, Ex-NNPC GMD

Jigawa Monarch Rises In Defence Of Atiku, Says He Is Our Blood