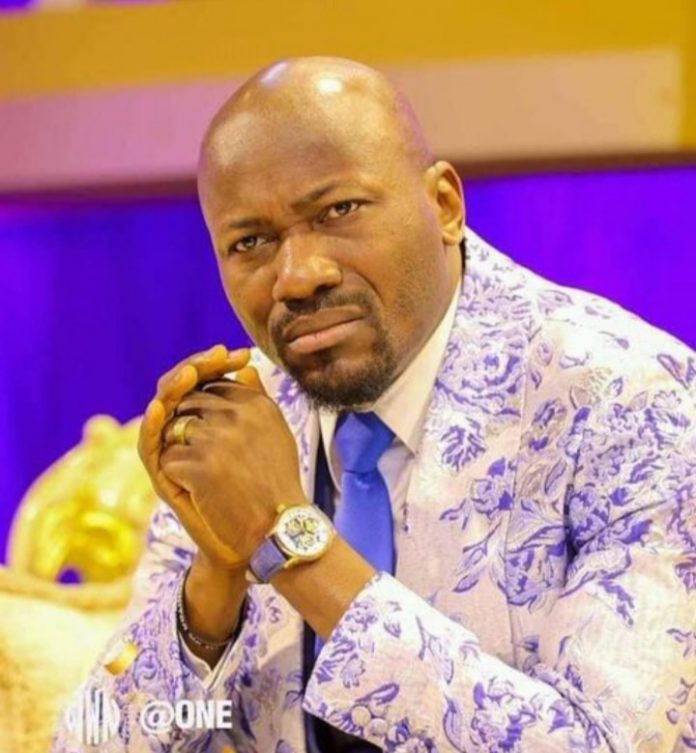 Christ-centered preaching is biblical, and practical. Preaching, according to Apostle Johnson Suleman, the general overseer of the Omega Fire Ministries (OFM) worldwide, should draw people to Christ by showing the world that Christ is better than the things man often places his hope in. At the OFM’s ‘Holy Ghost Conference, which was held a few days ago, the man fondly called ‘The Restoration Apostle’ suggested in his teaching that lives indeed are changed by true transformation which comes when Jesus Christ is preached intensely into people’s hearts.

A common philosophy shared by many African cultures simply states that ‘life is warfare.’ Apostle Suleman says because Christ is life, then Christianity is warfare, not funfair. This old maxim, Suleman asserts, is well attested to by the Scriptures, that man’s existence is warfare. But how does man confront warfare? He said that, though the warfare needs some sort of weapons to be executed, the weapon needed by true Christians to combat the forces militating against their well being, is spiritual weapon.

“Christians are not into physical combat. We are involved in spiritual battles. So, our weapons are spiritual. They are divine,” he declared, adding that “it is only normal that one executes a spiritual warfare with spiritual weapons, as you are expected to confront the power of darkness with physical weapons.”

“When you become a child of God, you have been translated from one kingdom to another kingdom. And the kingdom where you’re translated from is not going to fold their hands, it will come after you‍. Christianity is not funfair, it is warfare. No good Christian is weak. The devil will come for you whether you’re ready or not. Yet, having weapons is good but knowing how to deploy them effectively is better‍( Psalm 78:9).”

While cautioning Christians to be in position to really confront the power of darkness by putting on the whole armour, Apostle Suleman said “our God is a God of war. It is warfare that unveils welfare. Your welfare is in your warfare‍️. You cannot walk into the kingdom of hell without holding dangerous weapons. That is the armour. What makes you a terror to hell is when you have the understanding of how the weapons of God operate. Satan knows when you know. Satan thrives when man is ignorant and spiritually blind,” he declared, adding that, “Christians’ weapons of warfare are not only spiritual, but are also very potent. They are very strong. They are very efficient. The potency of these weapons is seen in the fact that they can pull down strongholds; cast down arguments and everything that exalts itself against the knowledge of God; it brings every evil thought into captivity. That is why Jesus Christ said to the disciples, “I am sending you out as sheep among the wolves.”

Nigeria is Broke, No Money to Import Food – Buhari Begs...