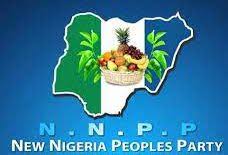 According to the party chairman in the state, Mamman Damisa, who made this known in a telephone interview on Sunday, the accident occurred along Lambata/Bida road when they were returning from the unveiling of the vice presidential candidate of the party.

Damisa said that the party lost two Local Government party chairmen, one youth leader and a driver in to the accident.

“We lost two of our local government party chairmen, one youth leader and a driver when the accident occurred.”

He also stated that some local government party chairmen also sustained varying degrees of injuries in the accident.

“Some of our members also got injured in the accident and they include the party Chairmen of Gbako, Lapai and Edati local government areas.” Damisa said.

He condoled with members of the families of the deceased while praying that their souls rest in peace.

I Don’t Need Protest To Recover My Stolen Mandate – Atiku

Leave Us Out Of Your Politics And Fake News – Military...