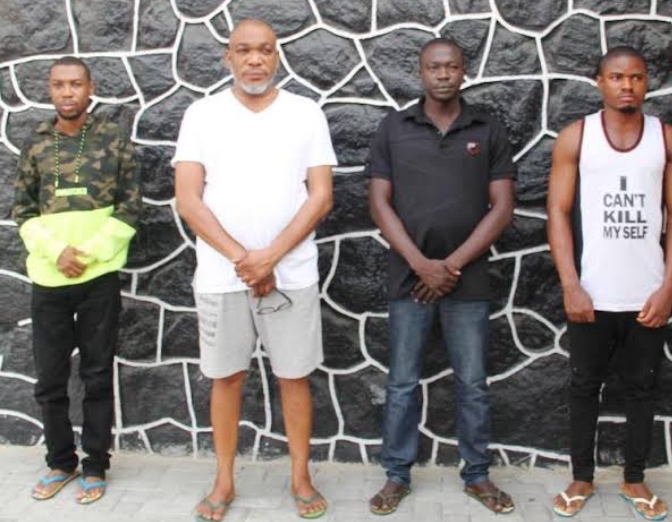 A Nigerian millionaire, Osundu Victor Igwilo who was declared wanted by the Federal Bureau of Investigation (FBI) since 2018, has been arrested in Lagos.

This development was made known by the spokesperson of the Operatives of the Economic and Financial Crimes Commission (EFCC), Wilson Uwujaren. Wilson also revealed that Igwilo was arrested with three other suspects.

“Before their arrest, Igwilo and his accomplices had allegedly been involved in an advance-fee scheme that involved false promises of investment funding by individuals who impersonated some United States of America (USA) bank officials in person and via the internet,” Uwujaren said in the statement.

“Investigation revealed that those who fell victims of the suspects’ criminal activities were asked to make certain payments before they could receive their funding.

“It was also revealed that proceeds of the scheme were allegedly laundered through U.S. bank accounts and diverted back to the alleged perpetrators in Nigeria.”.

Zebra News learnt that several houses and cars were recovered from the wanted man. He will be charge to court as soon as investigation is perfected.

Thousands Flees Their Homes As Gunmen Kill 3 Soldiers In Rivers...