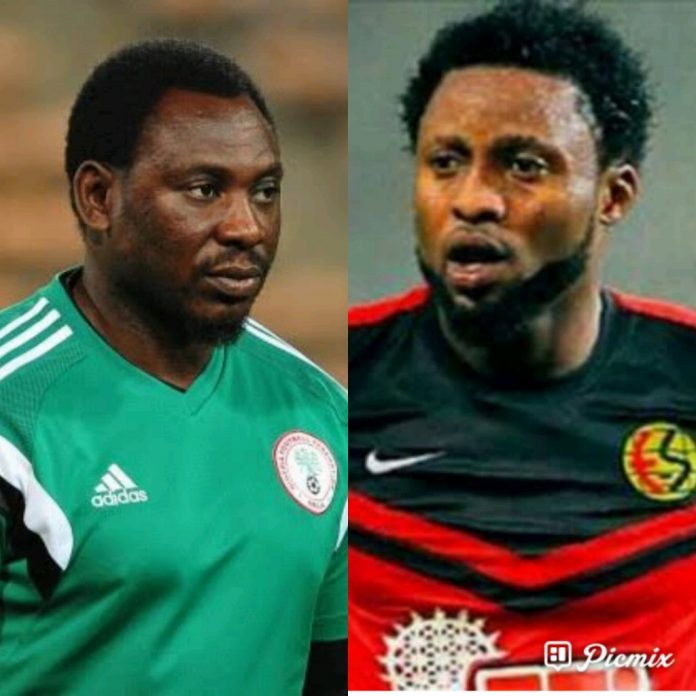 Former Super Eagles assistant coach Daniel Amokachi has replied Raheem Lawal over an allegation that he was unfairly dropped from the 2013 Africa Cup of Nations-winning squad, saying the midfielder was not in the right state for selection into the title-winning team.

Lawal had alleged on his Instagram story that Amokachi dropped him from the squad because he was not among the players the coach planned to sell after the tournament in South Africa.

But reacting to Lawal’s claim, Amokachi praised the 31-year-old for his talent, but advised the Ahkisaspor midfielder not to blame someone else for his failure.

“For me 100 per cent when names were mentioned on who could take over from Jay Jay Okocha, Raheem was the closest to him and that is the truth,” Amokachi stated on Monday in an interview on Brila FM.

“He was not in the right state as at that particular time and that was why we had younger players from the home-based team take his place.

“So, it was difficult for any player who was not in the right state or not doing well at that point with his club to make the team

“Don’t blame anybody for your failure, but if you think we were the ones that made you not to go to 2013 AFCON or that you did not get the MON title that you wanted, my apologies. Honestly, it was not me, but for you not to have been taken, forgive us for not taking you. Anytime, it will be my pleasure to give you my MON honour.”

The former Everton and Besiktas forward also added that both Joseph Yobo and Emmanuel Emenike also had ‘football issues, with the technical crew but were resolved.

“As a coach, some players always look at you as if you do not like them and as a head your race is for the best.

“We had a rumble with Joseph Yobo and Emmanuel Emenike but these are the people I’m close to today.

“In 2013, Yobo was struggling, injury wise, but when you tell him to seat on the bench it becomes a row and you understand these things like that.

“But when you grow older you become wiser, you see why some things need to be done in certain ways and you get the clear picture, that is the truth about life.

“I admire Emenike and the big man Yobo. Anyone that is outspoken and fight for what they know is right is my man. I love people like that.”

Your Fresh Appeal Won’t Stop Us From Seizing Your Assets –...

Oyegun Reveals Why He Withdrew From APC Chairmanship Race

Minimum Wage Protest: You Are Wasting Your Time – Progressives Governors...